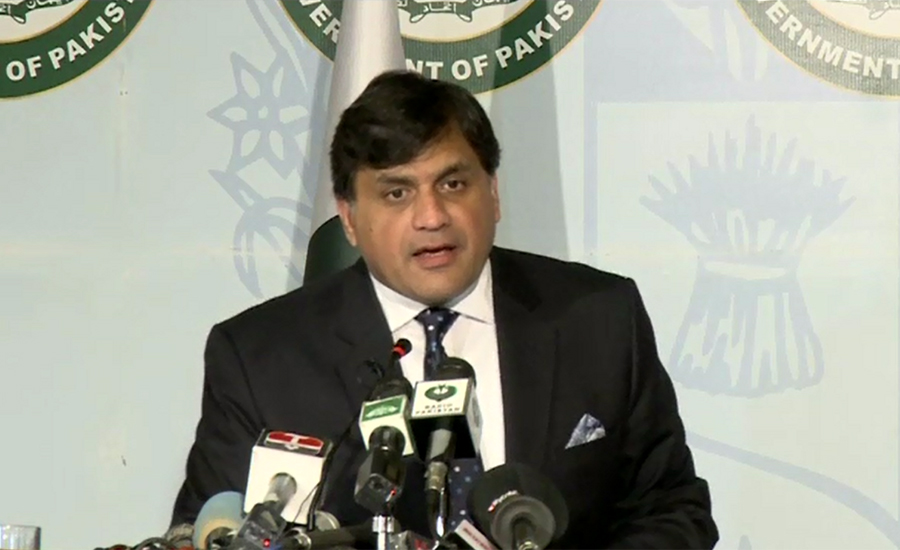 ISLAMABAD (92 News) – Foreign Office Spokesperson Dr Muhammad Faisal has said that Pakistan strongly condemns the genocide of defenseless Kashmiri people by the Indian forces. During the weekly briefing on Thursday, he said that India should allow the international institutions to probe brutalities on innocent Kashmiris in the Occupied Kashmir. He said that India is committing ceasefire violations at Line of Control (LoC) to divert the world's attention from its atrocities in the held valley. “India cannot suppress the voice of freedom of Kashmiris by the use of force,” he said. The FO spokesman said that Pakistan claims ownership of Jinnah House in Mumbai and will foil each Indian attempt to occupy it. He said that the Kartarpur land is not being handed over to India. Dr Muhammad Faisal Pakistan had played a role in the Afghan reconciliation process. A few days ago, the Indian troops martyred 14 Kashmiris in Pulwama to stop their march.