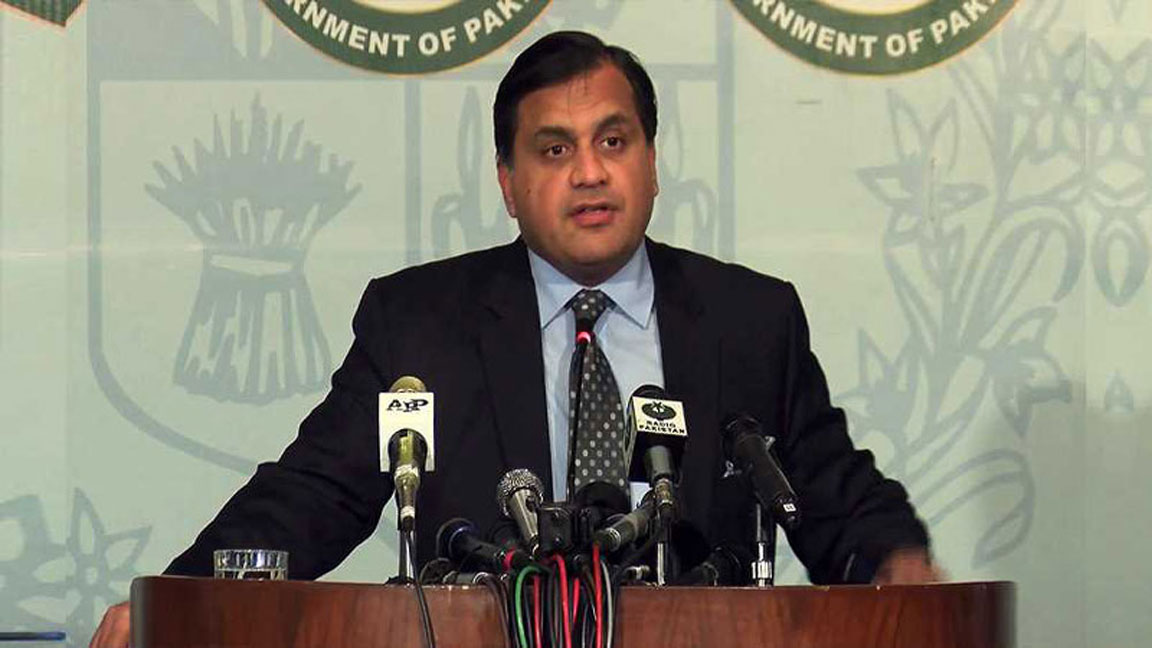 ISLAMABAD (92 News) – Pakistan strongly condemned the Indian brutalities and killing of innocent people in the occupied Kashmir. At his weekly news briefing in Islamabad on Thursday, Foreign Office spokesperson Dr Faisal said Pakistan actively highlighting plight of Kashmiris at every forum. Expressing grave concerns over the deteriorating situation in Occupied Kashmir, he said Pakistan salutes the courage and commitment of Kashmiri people in the face of Indian brutalities. – Pak-US engage for political settlement in Afghan – The FO spokesperson said that Pakistan has termed the recent elections in Afghanistan as a positive development and expressed the confidence that the political process will move forward there. Dr Faisal said that both Pakistan and the United States are currently engaged along with other regional stakeholders to pursue a political settlement in Afghanistan. He said we want an Afghan-led and Afghan-owned peace process. Commenting on the recent statement of US Secretary of State Mike Pompeo regarding his country's South Asia Policy, the spokesperson reiterated that peace and stability in Afghanistan is also vital for eliminating the menace of terrorism inside Pakistan and the region in general. The spokesperson said there is no question of any country applying pressure on Pakistan for something which we believe is in our national interest. – Dialogue with India – When asked about dialogue with India, the spokesperson said that it is our considered position that resolution of all issues lies in the dialogue process. – PM’s Visit to Saudi Arabia – Describing the visit of the Prime Minister to Saudi Arabia successful, the Foreign Office Spokesperson said that the Kingdom not only announced a financial package for Pakistan but also evinced great interest in establishing an oil refinery and exploring the mineral resources of Pakistan. The spokesperson said that the prime minister during his visit also discussed the problems being faced by Pakistani diaspora in Saudi Arabia. He said the reduction in visa fee by Saudi Arabia for Pakistani workers is a significant step towards increasing our workforce in the Kingdom. – Pakistan’s mediation role in Yemen – When asked about Pakistan's mediation role in Yemen, he said Pakistan has always worked towards establishing the best of relations amongst the Muslim countries and it will continue to play this role in future as well. – Abducted Iranian border guards – About the abducted Iranian border guards, the spokesperson said that both the neighboring countries are actively cooperating on the matter.