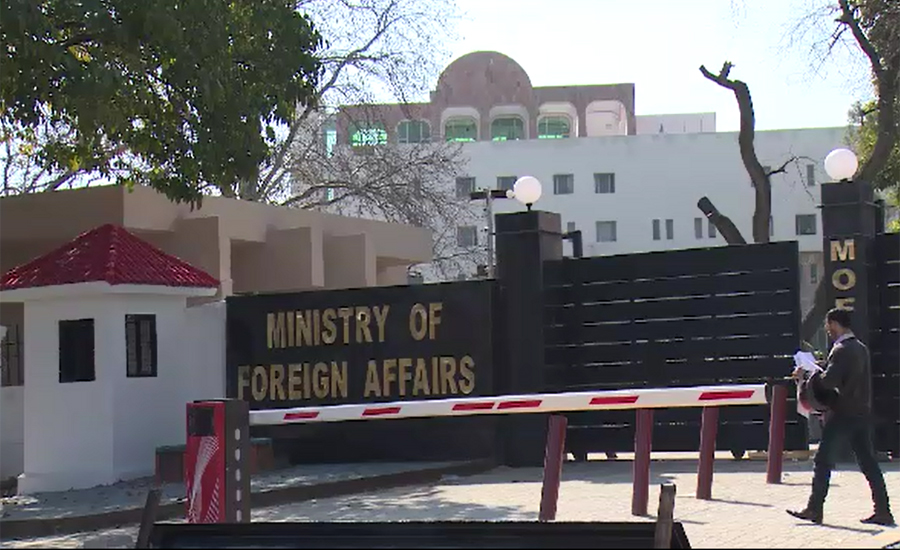 ISLAMABAD (92 News) – Pakistan on Tuesday summoned Indian Charge d’ Affaires Gaurav Ahluwalia at the Foreign Office and rejected baseless and fabricated Indian allegations on Nankana Sahib incident. According to the press release by Ministry of Foreign Affairs, the Director General South Asia and SAARC Zahid Hafeez Chaudhri conveyed Pakistan’s strong denouncement of the Indian government’s motivated and mischievous allegations of attack, vandalism and desecration at the holy Gurdwara Nankana Sahib and targeted killing of a Pakistani Sikh youth in Peshawar. Pakistan denounced India’s desperate attempts to divert attention from the continuing state terrorism in Indian Occupied Kashmir (IoK) and systematic discrimination against minorities in India. The DG underscored that the Constitution of Pakistan guarantees equal rights to all its citizens and the government is committed to protecting the rights of minorities, with zero-tolerance against any discrimination. It was emphasized that rather than pointing fingers towards others, India should focus on ensuring effective protection of its own minorities and their holy places of worship, including mosques, from repeated instances of desecration, hate crimes and mob lynching. Earlier today, Prime Minister Imran Khan said that recent condemnable Nankana incident is against his vision and will find zero tolerance. “The major difference between the condemnable Nankana incident and the ongoing attacks across India on Muslims and other minorities is this: the former is against my vision & will find zero tolerance & protection from the government including police and judiciary,” the premier tweeted.