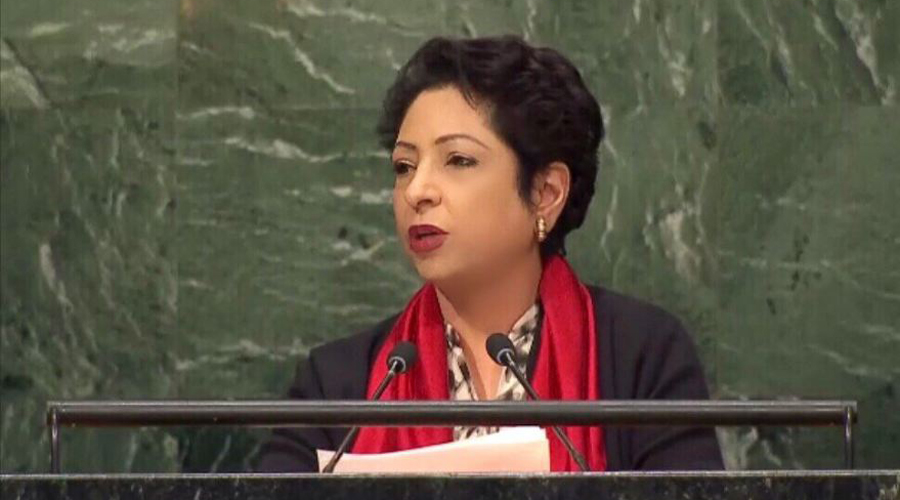 NEW YORK (92 News) – Pakistan’s permanent representative to the United Nations Maleeha Lodhi on Monday said that her country supports expansion of non permanent seats in the Security Council (SC) to make it more democratic, accountable, transparent and effective. Addressing the UN General Assembly on Security Council Reforms, she said that adding more non elected members to the will be contrary to democratic principles and it will only serve to satisfy the hunger for power and privilege of a few and not address the issue of representation. “If the SC is paralyzed today due to clashing interests of permanent members, we can imagine how gridlocked it will be if more permanent members are added,” she maintained. Maleeha Lodhi said that Pakistan firmly opposes the creation of new permanent seats, which are the antithesis of principles enshrined in the UN Charter. “The long deadlock in SC reform process is due to a handful of states who have sought to promote a self-arrogated right to an unequal status,” she said.