In a series of tweets, the Foreign Office spokesperson said that such remarks betray a complete lack of understanding of the issue as well as ignorance of facts on ground.

“Now when the world has acknowledged what Pakistan and Prime Minister Imran Khan have consistently maintained about there being no military solution to the conflict in Afghanistan and the need for an inclusive, broad-based and comprehensive political settlement, such gratuitous commentary is deplorable,” the spokesperson said.

Alexander had levelled baseless allegations against Pakistan and claimed that the country is supporting the Afghan Taliban.

The FO added that the Pakistani authorities will share the concerns with their Canadian counterparts.

“The matter has been taken up with the Canadian side. We have urged the Canadian authorities to take steps to address this motivated and malicious smear campaign,” It added. 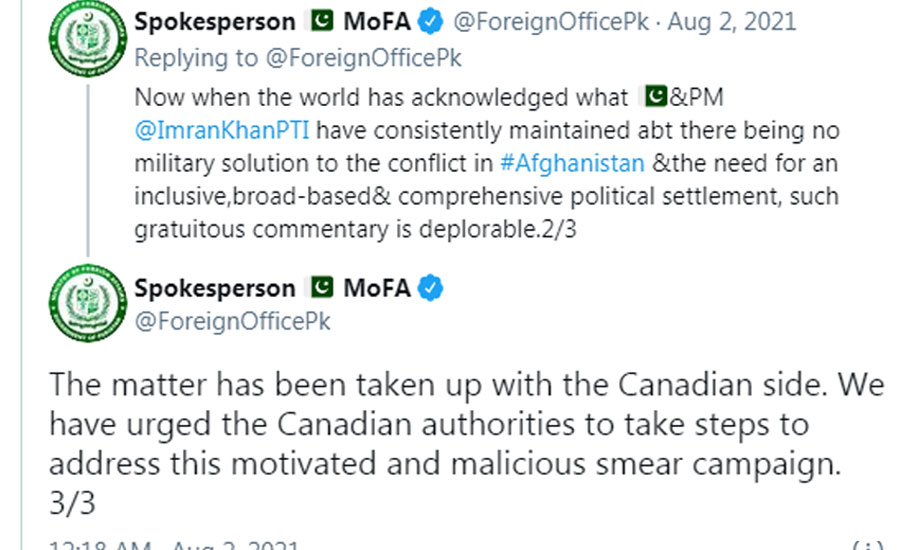