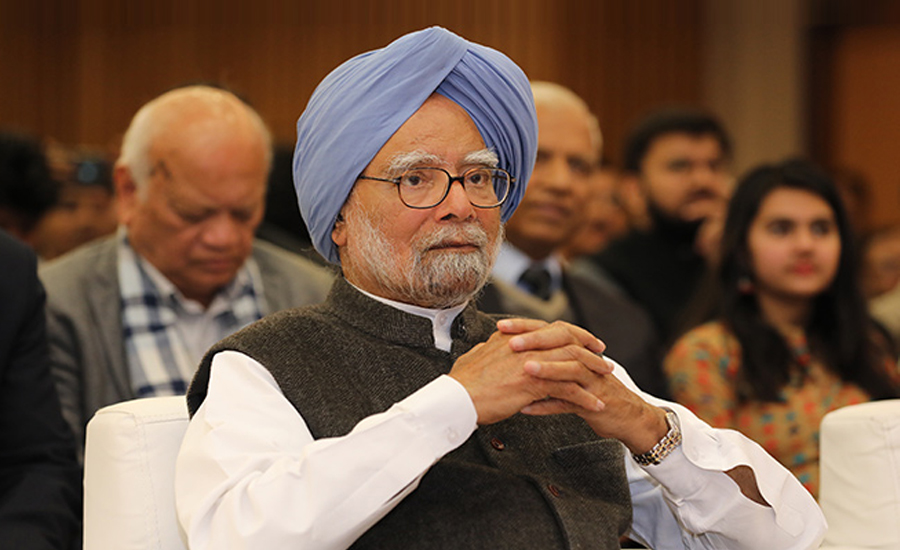 ISLAMABAD (92 News) – Pakistan on Monday has decided to invite former Indian prime minister Manmohan Singh on the inaugural ceremony of Kartarpur Corridor. Foreign Minister (FM) Shah Mehmood Qureshi has said that a formal invitation will be sent to Manmohan Singh. He also said that Kartarpur Corridor will be opened on the 550th birth anniversary of Baba Guru Nanak. The minister mentioned that the decision to invite the former Indian premier was taken after high-level consultation. He further stated that Sikh pilgrims will also be welcomed on the event. Prime Minister Imran Khan will inaugurate the project on November 9, three days before the 550th birth anniversary Baba Guru Nanank that will be celebrated on November 12. Earlier, the Kartarpur corridor project will be inaugurated on November 9, while the 550th birth anniversary of Baba Guru Nanak Dev Ji will be celebrated on November 12. Briefing the media on Monday, Kartarpur Corridor Project Director Atif Majeed said that 5,000 yatrees will reach Pakistan in the initial stage, while arrangements for arrival and accommodation of 10,000 yatrees will be made in the later stage. He said that 76 immigration counters had been established for the entry and exit of 5,000 yatrees. “The Darbar Sahib spreading over 42 acres is the biggest gurdwara in the country. About 42 percent work on the project has been completed while the remaining work will be completed in 45 days. Gurdwara Panja Sahib spans over four acres, while Gurdwara Nankana Sahib consists of 14 acres,” disclosed the project director. He said that work on the project is underway round-the-clock. “The border terminal has been constructed 350 metres away from the zero point. The yatrees will be brought to the gurdwara either by bus or on foot,” he said. Atif Majeed said that a canal has been constructed to change the direction of the River Ravi. “In the first phase, a tent village equipped with modern facilities is being constructed in the first phase,” he said. He said that the construction area is one million sq ft. “The project expected to be completed in three years has been completed in just 10 months,” he added. The project director said that Pakistani and Indian yatrees would enter the gurdwara after undergoing finger prints. “A passage has been constructed for pedestrian yatrees,” he said. Kartarpur is located in Shakargarh, Narowal. Guru Nanak Dev, the founder of Sikhism, had spent more than 18 years of his life there. The Kartarpur Sahib Gurdwara is located on the banks of the Ravi River, about three-four kilometres from the border in Pakistan.