Pakistan to take on Australia in 2nd Test on Nov 29 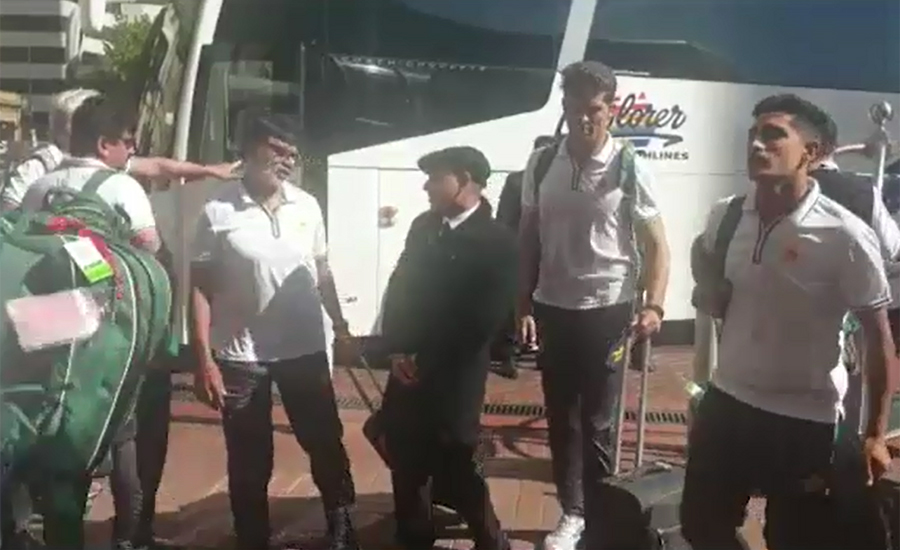 Pakistan to take on Australia in 2nd Test on Nov 29

ADELAIDE (92 News) – Pakistan team reached Adelaide to face Australia in the second Test on Friday. The players will undergo a practice session on Wednesday. Some changes are expected in the squad before the Test. Abid Ali is likely to replace Haris Sohail, while Muhammad Abbas can get a chance in place of Imran Khan. Reuters adds: Australia batsman Steve Smith says he is determined not to be dismissed again by Pakistan spinner Yasir Shah when the teams meet in the second Test at Adelaide starting on Friday. Smith was bowled by Yasir for four runs in the opening test in Brisbane and the leg-spinner celebrated by holding up seven fingers to signal the number of times he had claimed the wicket of the world’s top-ranked test batsman. “It gave me a bit more motivation next game to not get out to him. I’ll be a little bit more disciplined against him,” Smith told reporters on Tuesday. Smith’s dismissal at the Gabba marked a rare failure for the batsman but the 30-year-old said he was not concerned by Yasir’s success against him. “A few of the times he’s got me out, I’ve been on a few runs and been slogging, Smith added. “There’s been a couple of second innings ones where I was playing some funky shots. So I’m not too worried. “He bowled really well at the Gabba, got some good drift and a bit of a spin on a wicket that wasn’t spinning much ... we’re going have to play him well this game (at Adelaide).” Australia won the first Test by an innings and five runs to take a 1-0 lead in the two-match series. The second Test will be a day-night affair.