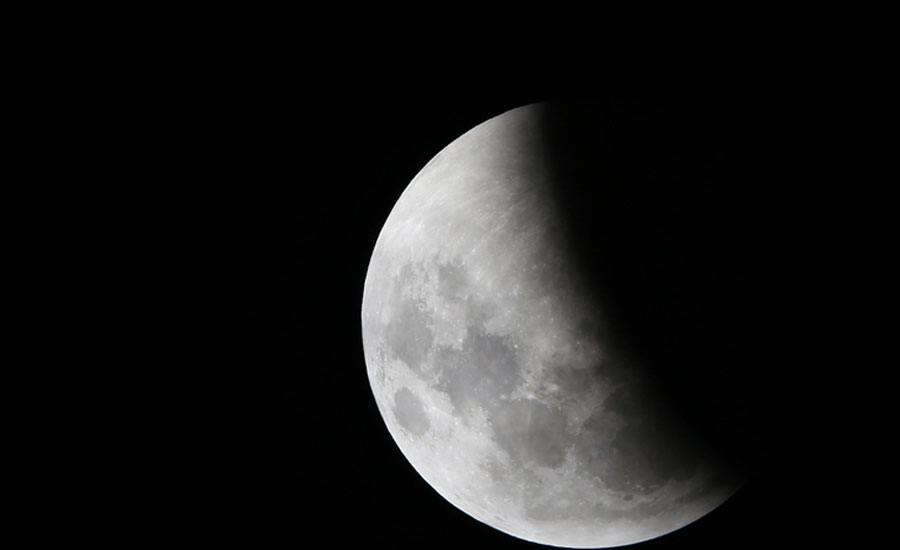 LAHORE (92 News) – A partial lunar eclipse, starting on Tuesday night and ending early Wednesday morning, will be visible in Pakistan, according to the Climate Data Processing Centre (CDPC). The CDPC predicts that the lunar eclipse will begin on July 16 at 11:44 pm and end at 1:02 am on July 17. It will also be visible in Europe, Africa, Asia and some areas of South America. A lunar eclipse occurs when the Moon passes directly behind Earth and into its shadow. This can occur only when the Sun, Earth, and the Moon are exactly or very closely aligned, with Earth between the other two. A lunar eclipse can occur only on the night of a full moon. People in Europe, Asia, Africa, North and South America and Antarctica will also witness the year’s lunar eclipse. Earlier this year, Pakistan was unable to witness the solar and lunar eclipses on January 6 and 21 respectively. However, CDPC predicts that the country will be able to witness the last solar eclipse of the year on December 26.