KARACHI (92 News) – Turkish Navy Ship TCG GOKCEADA that arrived in Karachi on Feb 19 for participation in Multinational Maritime Exercise AMAN-19 hosted by Pakistan Navy participated in PN-TN bilateral exercise 'TURGUTREIS-III'. This is the third exercise of TURGUTREIS series; the earlier two were conducted in Pakistani and Turkish waters respectively. 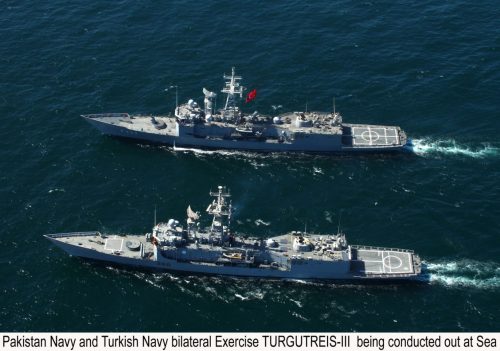 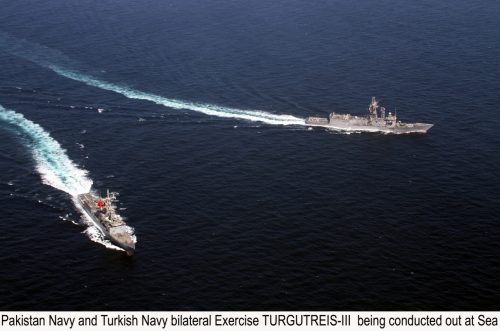 Pakistan and Turkey enjoy strong relations based on foundations of the religious bonding and cultural affinity. Pakistan and Turkish Defence Forces interact regularly on various forums. In this regard, both navies have been actively collaborating in various professional interactions including multilateral and bilateral exercises. 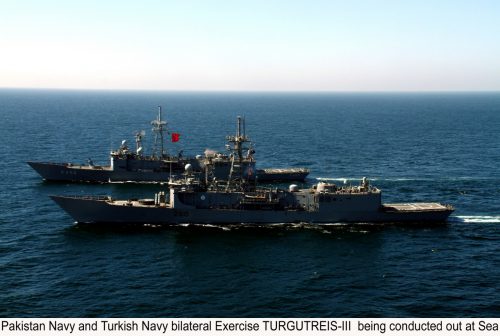 Turkish Navy is a regular participant of Exercise AMAN being conducted by Pakistan Navy since 2007. Professional experience gained by both navies during bilateral exercises has been profoundly rewarding and will foster greater bilateral cooperation between the two brotherly navies.