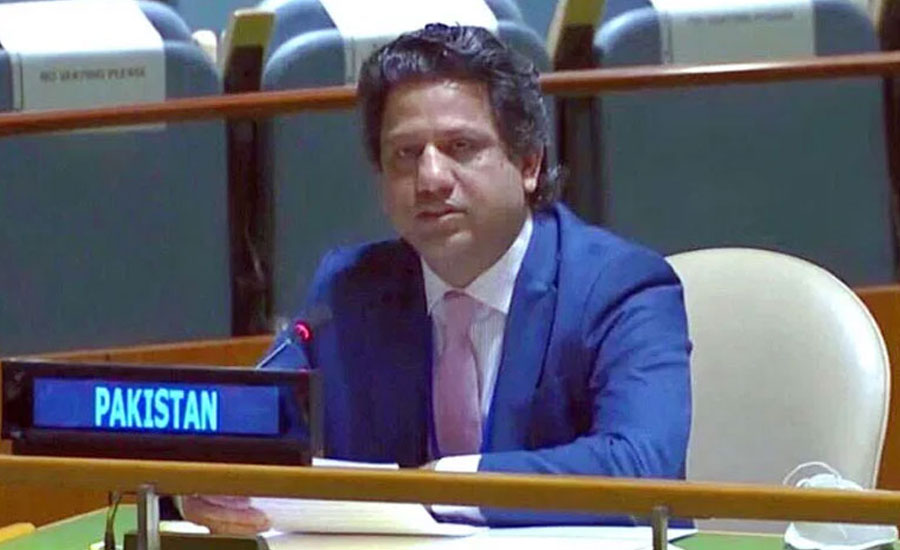 ISLAMABAD (92 News) - Pakistan has urged to develop common strategies and plans to find just solutions for complex and protracted challenges, including the conflicts of Kashmir and Palestine at the United Nations (UN).

In a statement, a Permanent Representative of Pakistan to UN Mohammad Aamir Khan told the UN Security Council (UNSC) that foreign occupation, intervention and aggression have led to untold suffering for millions in the Muslim world.

He said that peoples of Jammu and Kashmir and Palestine, continue to struggle for their inalienable right to self-determination and the end of foreign occupation.

Muhammad Amir also asked the OIC to play an important role to apprise the international community of the legitimate concerns of the Muslim world, including the resurgence of Islamophobia.