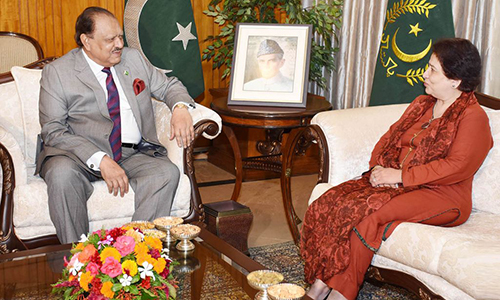 ISLAMABAD (92 News) – President Mamnoon Hussain has said that Pakistan wants broad-based and long-term ties with Norway in all fields, especially trade, economic and culture sectors. He was talking to Pakistan Ambassador-designate to Norway Riffat Masood who called on him at President House on Tuesday. Congratulating the ambassador-designate, the President hoped that the Riffat Masood would make all-out efforts towards further strengthening the friendly ties between both countries. He underlined the need to highlight Pakistan’s investment policy to attract Norwegian investment in diverse areas, particularly renewable energy, communication and infrastructure. Mamnoon Hussain directed the ambassador-designate to promote softer image of Pakistan through an exchange of cultural troops and increased people-to-people contacts.