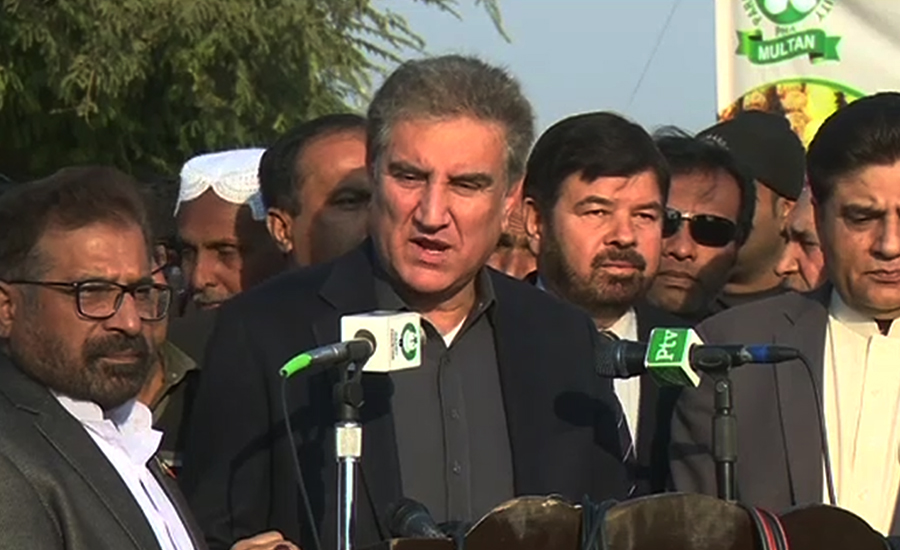 ISLAMABAD (92 New) – Foreign Minister Shah Mahmood Qureshi has said that Pakistan wants peace in Afghanistan and playing its role in this regard. Talking to the media on Saturday, he said that Prime Minister Imran Khan had talked about the Kashmir dispute in the United Nations. “The UN delegation has admitted that human rights are being violated in occupied Kashmir,” he said. The minister said that the government wants to check big corruption. He said that PHA Chairman Ijaz Janjua and DG have advanced Green and Clean Campaign. Shah Mahmood Qureshi said that he had talked about the evacuation of the US Army with high-ranking officers in Afghanistan. “The Afghan people will make the final decision in this regard,” he said. He said that talks were held with Taliban in Abu Dhabi. “We want its continuance. Unconditional talks should be held with Taliban,” he said. He dismissed the reports that Aafia Siddiqui’s release is being secured in exchange for the release of Shakeel Afridi. Foreign Minister Shah Mahmood Qureshi said that Nawaz Sharif was given full opportunity to submit his documents. “Now the judiciary is free. We will accept the verdict announced by court,” he said. He was of the view that the PTI wants to establish South Punjab province. “But we will have to do legislation. We should work for the progress of the region while remaining above politics,” he said. He announced that the UAE ruler will visit Pakistan in the first week of January. “Now the IMF is also showing flexibility towards our stance,” he said. The minister said that the Foreign Officer had summoned the ambassadors of 11 countries who want to invest in Pakistan.