Pakistan wants relations with US based on mutual trust & respect: FM Qureshi 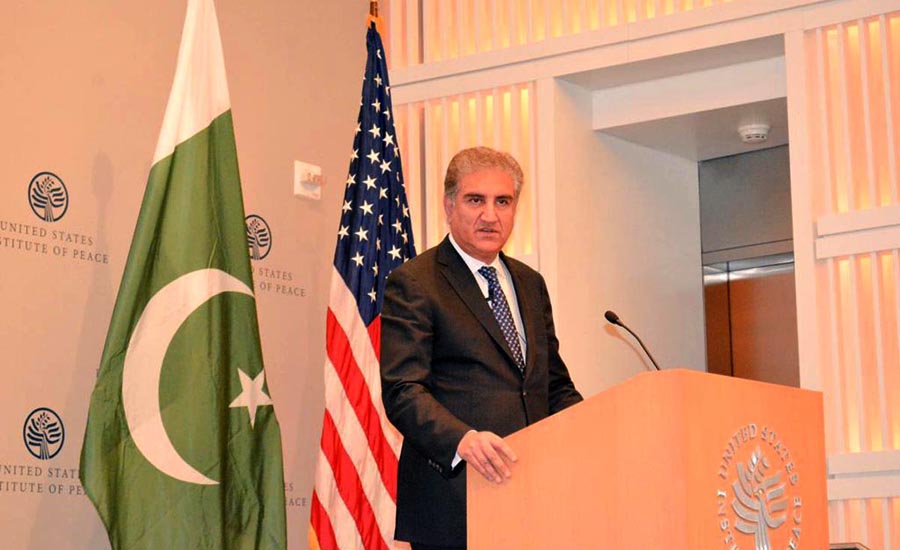 Pakistan wants relations with US based on mutual trust & respect: FM Qureshi

WASHINGTON (92 News) – Foreign Minister Shah Mahmood Qureshi has said that Pakistan wants relations with the United States on the basis of mutual trust and respect. Addressing US Institute of Peace on Wednesday, he said that Pakistan’s sacrifices for peace should be acknowledged. “Safe havens of terrorists still exist in Afghanistan.” He said that it is improper to accuse Pakistan of problems in Afghanistan. “Pakistan will use all of its influence to bring the Taliban to the table.” The minister said that Pakistan’s bilateral relations with the US are dependent on the improvement of the situation in Afghanistan and their route to Washington is via Kabul. “Cutting off equipment and assistance that could be used to combat terrorism, I don't know what that will help. The ‘blame game’ will not be productive. Blaming and shaming is easy, but where will it get us? We cannot surrender to terrorism. We have to take them on... We have to build on what we have achieved,” he declared. The foreign minister said that Pakistan has a new government and its goal is change and development. “I invite Members of Congress to visit Pakistan, especially the areas known as the tribal belt and see for yourselves how they really are,” he added. “Reducing violence in Afghanistan is our shared concern as is narcotics production, water management, and refugees. I think it is unfair to not recognize the contributions Pakistan has made to US successes in Afghanistan.” FM Shah Mahmood Qureshi said that the last two years of US-Pakistan relations have been tough and they are here to reconnect and rebuild, and focus on peace, reconciliation, and stability. “I am going back to Pakistan with hope. I am going back with a positive view,” he said.