LAHORE (92 News) – Pakistanis celebrated New Year’s Eve with traditional passion and zeal, and colourful displays of fireworks in major cities including Karachi, Lahore and Islamabad. As the clock struck 12, fireworks lit up the night sky in different parts of Pakistan as people celebrated the onset of another year. Spectacular displays of fireworks were held at several places across the country, including Karachi's Sea View beach. A large number of revellers gathered at the places where the celebrations were organised to welcome the new year. While expressing hope for a batter tomorrow, the people looked excited to ring in 2020. A large number of people are due to witness fireworks events in major cities of the country. The hopes of every Pakistani about new year as 2020 will be the year of development, prosperity and relief for the Pakistanis In Karachi, fireworks took place on the beaches at Sea View. The city authorities had earlier banned aerial firing and swimming in the premises to ward off the risk of an accident. 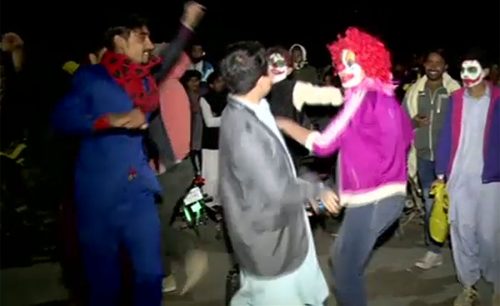 In Islamabad, a show took place at the Parade ground. 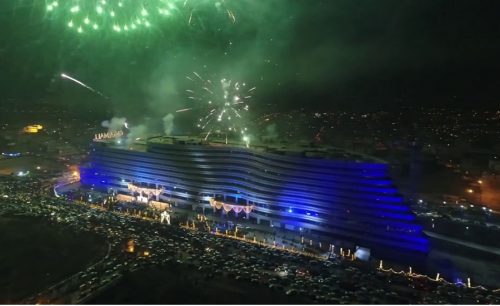 In Lahore, a spectacular fireworks show took place at Bahria Town’s Eiffel Tower. Youngsters, thrill-seekers celebrated and welcomed the new year have started making their way towards the beach in the metropolis. With new year’s eve on the cusp, many have started making their way to sea view where the city’s biggest celebrations are being held to welcome the year 2020. Pashtun youngsters were observed dancing in the streets at various locations alongside sea view ready to bid 2019 farewell and welcome the new year with new zest and vigor. 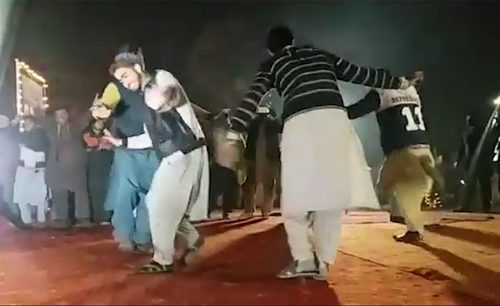 People in Pakistan are gearing up for new year celebrations after witnessing last sunset of the 2019 on Tuesday and crowd waits eagerly for fireworks in many places across the country. It is pertinent to mention here that 2020 will also be the year of the Olympic Games in Tokyo, World T20 in Australia as well as the first Pakistan Super League that will be held in Pakistan. Earlier in the day, Pakistan Rangers, Sindh and Karachi Police held a collaborative meeting on Tuesday to discuss and finalise security preparations for New Year’s Eve tonight. Law enforcement officials will not put up security checkpoints in the city to avoid undue nuisance to those willing to celebrate. Motorbikes without silencer and one-wheeling are strictly prohibited and will be taken action against by law enforcers. Those indulging in over speeding will also be stopped and dealt with in accordance with the law, aerial firing is also strictly prohibited and can lead to jail time. Those willing to bathe in the sea on the occasion of New Year’s Eve will also be stopped and if found doing so, they will be charged a fine. District police and traffic wardens will hold their pre-assigned positions for the evening. 80 mobiles of Pakistan Rangers, Sindh and 100 motorbike riding rangers officials will keep a keen eye on the festivities across the city. A make-shift control room has also been made at sea view to keep the activities in check. All U-turns on sea view road will be kept closed for the duration of the evening, the law and order departments decided.