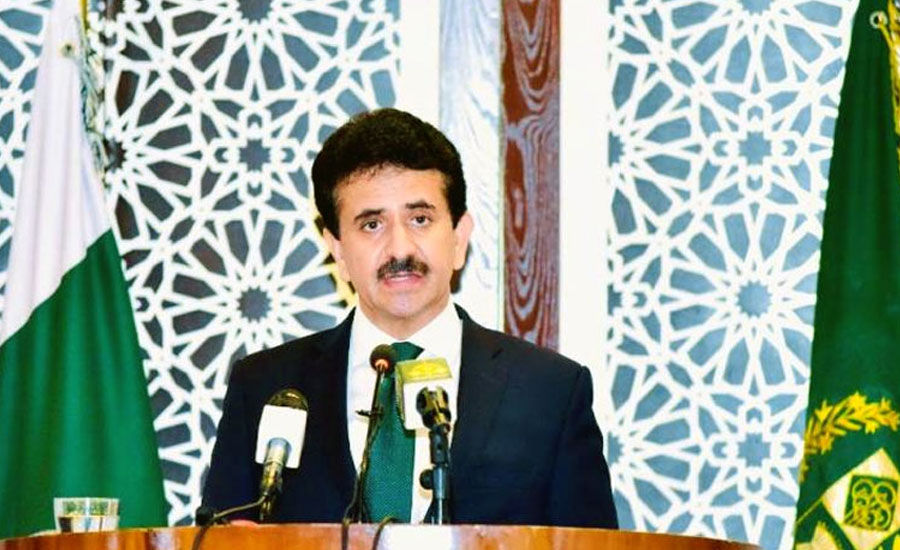 ISLAMABAD (92 News/APP) - Pakistan on Monday welcomed the three-day ceasefire announced by Taliban in Afghanistan on the eve of Eidul Fitr.

“We fully support all efforts that lead to reduction in violence and contribute to achieving durable stability and lasting peace in Afghanistan,” the Foreign Office (FO) said.

The Taliban declared a three-day ceasefire across Afghanistan to mark this week’s Eid al-Fitr holiday.

“Mujahideen of the Islamic Emirate are instructed to halt all offensive operations against the enemy countrywide from the first till the third day of Eid,” a statement released by the Taliban said on Monday.

“But if the enemy conducts any assault or attack against you during these days, stand ready to robustly protect and defend yourselves and your territory,” it added.

We welcome the three-day ceasefire announcement for Eid-ul-Fitr by Taliban. We fully support all efforts that lead to reduction in violence and contribute to achieving durable stability & lasting peace in Afghanistan.

Chairman of the High Council for National Reconciliation Dr Abdullah Abdullah called on the Taliban movement to restart talks, agree to a permanent ceasefire and seek a comprehensive settlement.

The Taliban movement has announced a 3-day ceasefire during Eid-ul-Fitr. In our view, the solution to today's crisis in the country lies in engaging in accelerated talks, and announcing a permanent ceasefire and end the war. 1/5

Former finance minister of Afghanistan and ambassador to Pakistan Dr Omar Zakhilwal welcomed the ceasefire announcement by Taliban and called upon the government to reciprocate the step.

1/2: I welcome the announcement by Taliban for Eid Ceasefire & call on Government to reciprocate. Also hope that both sides will take bolder steps for further confidence building measures for Peace, including prisoners’ release, extension of ceasefire beyond Eid, free movement... pic.twitter.com/Ip61CypQ8O