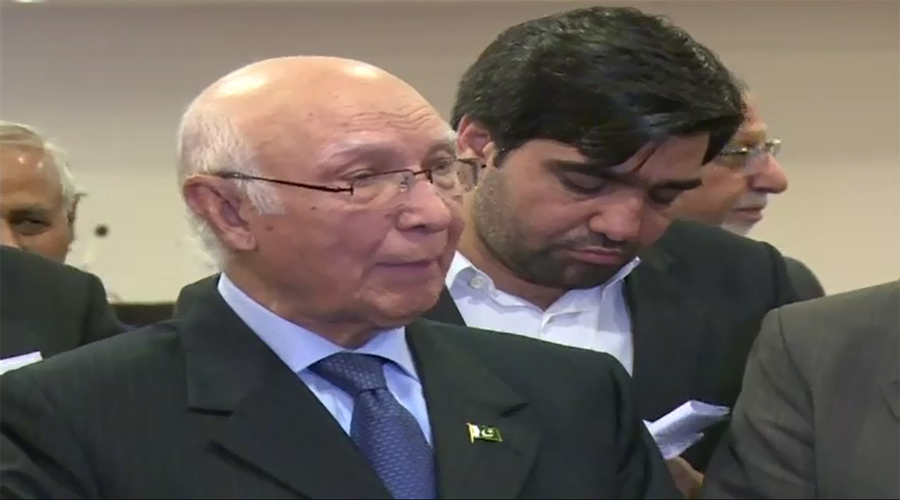 ISLAMABAD (92 News) – Adviser to Prime Minister on Foreign Affairs Sartaj Aziz has said that they support the senators’ demand for National Policy on Kashmir In a statement in the Senate on Thursday, he said that the date for convening a joint session of the parliament on Kashmir would be announced soon. He said that they endorsed the four-point agenda of Ali Geelani. “The proposals forwarded by Ali Geelani are according to our policy,” he said. He said that Pakistan would continue diplomatic, moral and political support of Kashmiris. Sartaj Aziz said that they had written letters to six institutions, including the United Nations and the UN secretary general. “America, Turkey, China and several other countries have started talking about the Indian atrocities,” he maintained. He said that people had started raising voice against atrocities in the Occupied Kashmir even in India. The adviser said that they were sending an application to the Human Rights Council for violation of human rights in Occupied Kashmir.