RAWALPINDI (92 News) – Inter-Service Public Relations (ISPR) Director General Maj Gen Asif Ghafoor has challenged India to stay in Pakistan only for 21 minutes, as being claimed, if it has courage. Responding to the Indian claims of attacking inside Pakistan, while addressing a presser, Maj Gen Asif Ghafoor said that Pakistan will respond differently and India should wait for a surprise. He also said that Prime Minister Imran Khan has clarified that Pakistan would definitely respond if attacked. “Our enemy displays foolishness even in enmity,” he said.

DG ISPR challenges India to stay in Pakistan for 21 minute

He refuted the Indian claims of being present inside the Pakistani airspace for 21 minutes during their LoC breach today. “Almighty Allah is all powerful. Let India come and stay in Pakistani airspace for 21 minutes. We will see what will happen next,” he termed. The DG ISPR said that there had been tensions between Pakistan and India for the last days. “India has claimed to have killed 350 ‘terrorists’. Where are the bodies or debris if their claims are true?” Maj Gen Asif Ghafoor said that he had stated that Pakistan is a democratic country and democratic countries do not engage in wars. I have already stated, we will not be surprised but now it time give a surprise, he mentioned. The ISPR director general said that the prime minister has asked the nation to be ready during today’s meeting. He clarified that the video clip being shown has been available on the internet for last three years. Asif Ghafoor explained that Pakistan Air Force (PAF) foiled the cowardly attack of India; however, the Indian aircraft crossed Pakistani boundary form Muzaffarabad sector but fled immediately to back due to the effective and timely retaliation of the PAF. He also said that Indian aircraft threw its payload in forests due to bafflement and fled to the scene. “Indian aircraft only entered in the boundary of Pakistan within three to four miles but immediately ran away after seeing the aircraft of Pakistanis ‘Shaheen’,” he added. 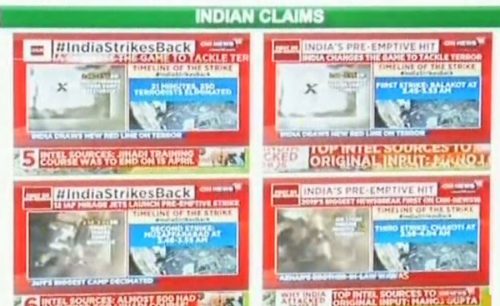 “Indian aircraft intrusion across LoC in Muzafarabad Sector within AJK was 3-4 miles. Under forced hasty withdrawal aircraft released payload which had free fall in open area. No infrastructure got hit, no casualties. Technical details and other important information to follow,” the DG ISPR tweeted earlier. 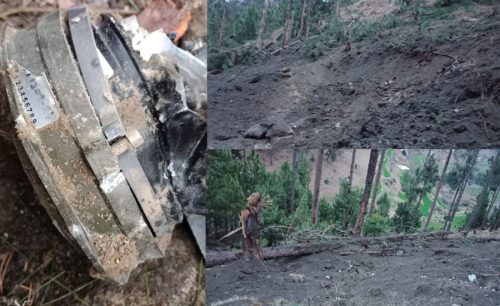 “Images of the payload of hastily escaping Indian aircraft which fell in the open,” he also tweeted. https://www.youtube.com/watch?v=P6A9Jz5bEJE