DHAKA (92 News) – Mohammad Nawaz hit a four off the last ball to ensure a 3-0 series clean sweep for Pakistan in the third and final match of the three-match T20I series against Bangladesh at the Sher-e-Bangla Stadium Mirpur, Dhaka on Monday. The tourists had won the first match by four wickets and the second by eight wickets over the weekend.

Pakistan’s 125-run chase took a dramatic turn in the final over of the match. Needing eight runs to win off the last six balls, the visitors lost the wickets of Sarfaraz Ahmed (6), Haider Ali (45) and Iftikhar Ahmed (6) in the first five balls bowled by Bangladesh captain Mahmudullah. After bowling a dot ball, Mahmudullah had Sarfaraz and Haider caught in the deep off successive balls.

Iftikhar smashed a big six off the fourth ball of the over to leave Pakistan needing two off the last two balls. The right-hander was however caught attempting a big shot off the penultimate ball which brought Nawaz to the crease. The left-hander hit a majestic boundary over the cover region to ensure Pakistan’s five-wicket victory. 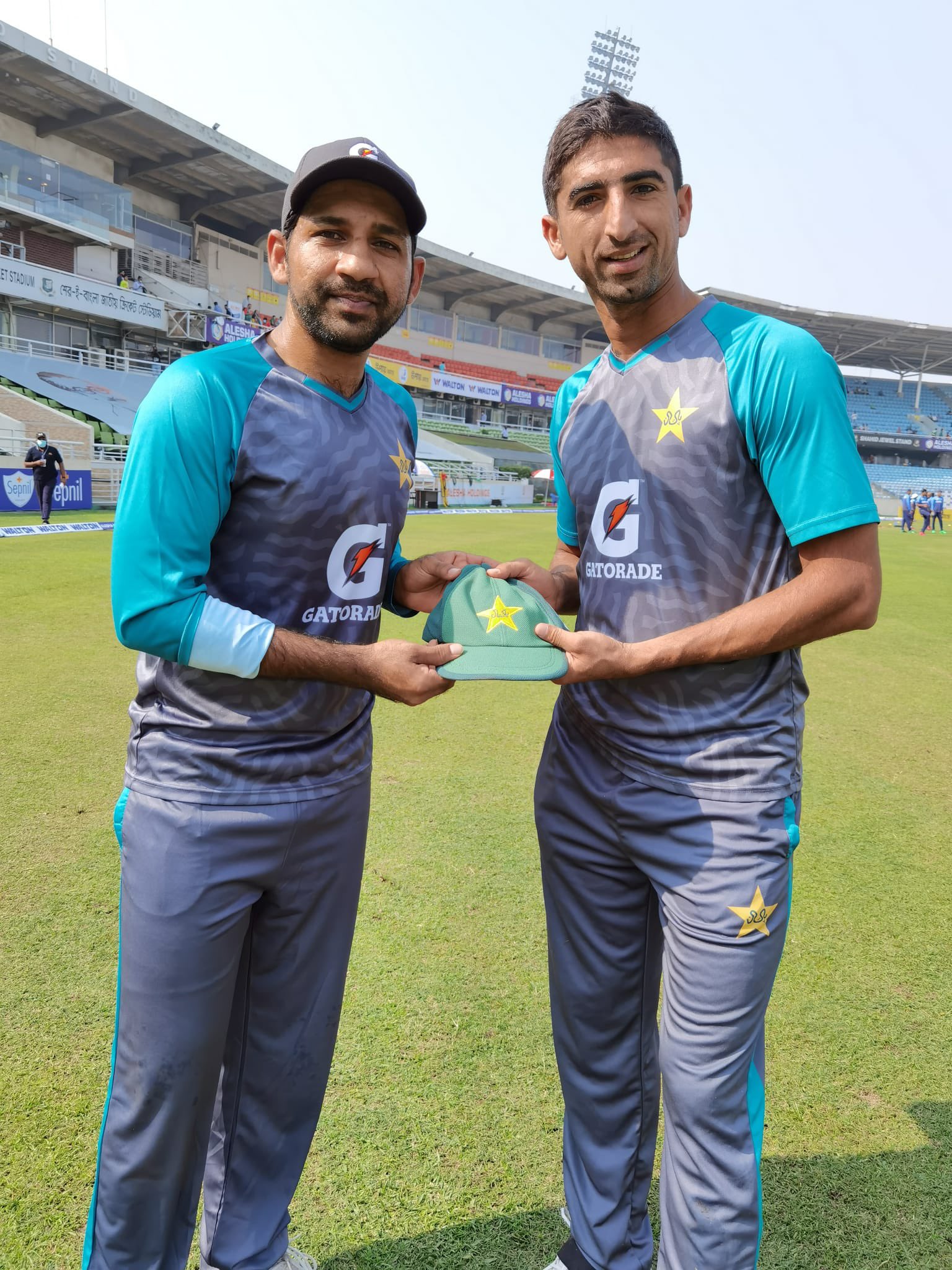 Pakistan’s chase was built on a 51-runs second-wicket stand between player of the series Mohammad Rizwan and player of the match Haider. Rizwan was dismissed for 40 (43 balls, two fours, one six). The right-handed wicketkeeper batter had earlier added 32 for the first-wicket with captain Babar Azam (19).

Pakistan were cruising in their chase before the flurry of wickets in the final over. Haider who batted at number three scored his 45 off 38 balls with the help of two sixes and three fours.

Earlier, Bangladesh won the toss and opted to bat first for the third successive time in the series. Debutant pacer Shahnawaz Dahani made an immediate impression as he bowled opener Najmul Hossain for five in the second over of the match. Leg-spinner Usman Qadir accounted for Shamim Hossain (22) in his first over to leave Bangladesh 37 for two in 7.2 overs.

Mohammad Naim who opened the innings, top-scored for the hosts with 47 off 50 balls (two fours, two sixes), Naim added 43 for the third-wicket with Afif Hossain who contributed 20 off 21 balls.

Despite keeping wickets in hand, Bangladesh batters failed to break the shackles as Pakistan bowlers’ maintained tight control over the proceedings. The hosts finished their 20 overs at 124 for seven, for Pakistan Mohammad Wasim Jnr took two wickets for 15 runs. Usman also took a couple of wickets conceding 35 runs in his four overs. Shahnawaz and Haris Rauf took a wicket apiece for 24 and 32 runs in three and four overs respectively.

Player of the match:  Haider Ali

Player of the series:  Mohammad Rizwan