Sarfraz Ahmed blasted a career-best 89* to lead Pakistan to a 48-run win over Scotland in the first T20I in Edinburgh. 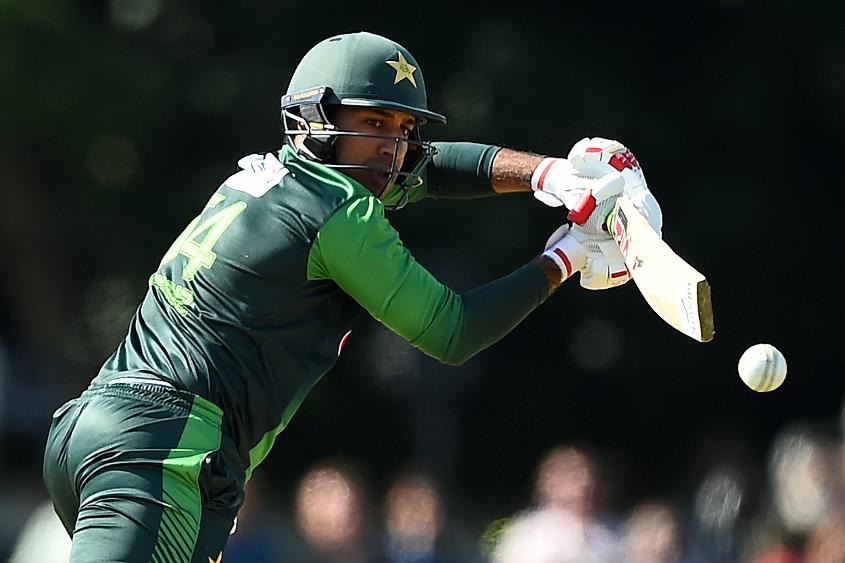 Scotland were unable to repeat the heroics which earned them a first-ever ODI victory over England as Pakistan produced a dominant all-round display at The Grange. Sarfraz Ahmed won the toss and unsurprisingly chose to bat first at a ground that had witnessed 736 runs when the Scots defeated England in a 50-over contest two days previously. Towering seamer Alasdair Evans (3/23) made an early breakthrough when he dismissed Ahmed Shehzad for 14 and the hosts would have been reasonably happy to keep Pakistan to 87/3 in the 11th over, with Fakhar Zaman (21) and Hussain Talat (18) failing to make the most of strong starts. 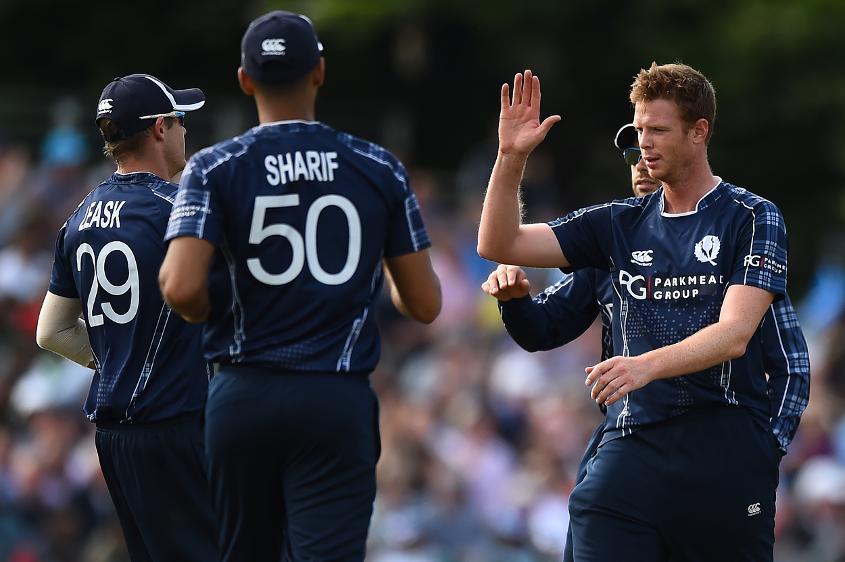 Alasdair Evans was the pick of Scotland's bowlers, taking three of the four wickets to fall
However, from there Pakistan motored, with their captain Sarfraz (89* from 49) and Shoaib Malik (53 off 27) repeatedly peppering the short boundaries. The pair hit eight sixes between them (three to Safraz and five to Shoaib) as the tourists amassed 204/4 – their second-highest total in the format, just one shy of the 205/3 they hit against the Windies in Karachi two months ago. 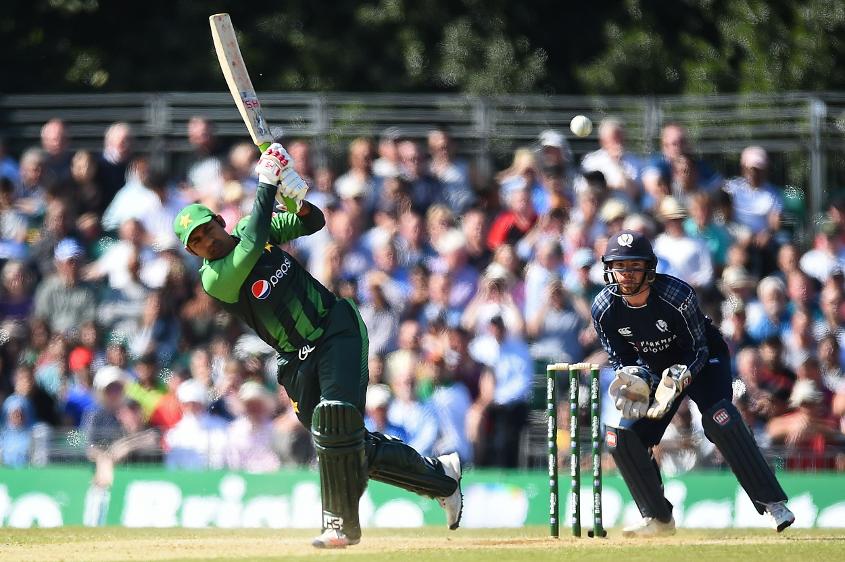 Sarfraz Ahmed hit 10 fours and three sixes in his innings
Evans was the only bowler to keep a lid on Pakistan's batsmen, with Safyaan Sharif, Mark Watt and the debutant left-arm spinner Hamza Tahir all going at more than 10 an over. Nonetheless, Scotland started their reply in positive fashion and the home fans dared to dream once again as captain Kyle Coetzer (31 off 18) and debutant George Munsey (25 off 22) took the hosts to 53/0 in 5.1 overs. Hasan Ali's dismissal of Munsey led to the fall of four wickets for 29 runs, with the loss of Coetzer and Calum MacLeod, the match-winning centurion against England, coming as hammer blows to Scotland's chances. 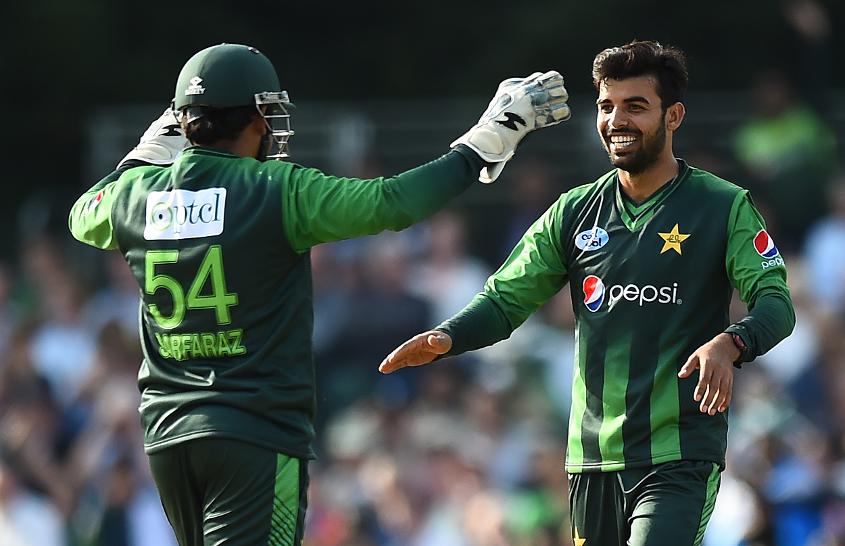 Shadab Khan took the key wicket of Calum MacLeod
Dylan Budge (24 off 21), making his debut in the format, and Michael Leask (38* off 24) each played spirited innings but the mini-collapse had knocked the stuffing out of Scotland's chase and they eventually finished on 156/6. The leg-spinner Shadab Khan, who claimed the key wickets of Richie Berrington and MacLeod, was the pick of the bowlers, finishing with figures of 2/25. Scotland will have another crack at claiming a major scalp when the two sides meet again at the same venue on 13 June.