COX'S BAZAR (Web Desk) – Pakistan women dished out a disciplined and efficient bowling effort to beat Bangladesh in the fourth and final Twenty20 international at the Sheikh Kamal International Cricket Stadium. With the seven-wicket victory, Pakistan completed a 3-0 series win. Player of the match Natalia Pervaiz scalped a three-wicket haul to restrict the hosts to a modest total of 77 all out after 20 overs. Diana Baig and Sana Mir clinched a brace apiece to support the 22-year-old pacer. 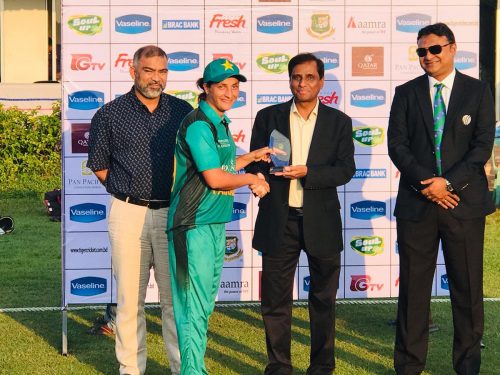 A 29-ball 36 from skipper Javeria Khan and an unbeaten 18 from Muneeba Ali saw Pakistan scale the 78-run target with 31 balls to spare. It was a strong and steady batting performance from the visitors, who will be pleased with their preparation ahead of the ICC Women's World T20 in November. After winning the toss and electing to bat first, Bangladesh lost their way, as their first four batters were dismissed for scores of 4, 2, 4, and 9 respectively. 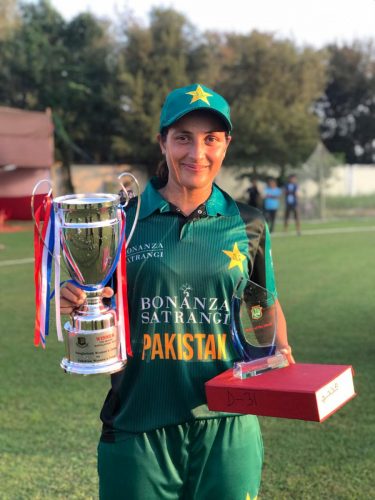 Right-hander Rumana Ahmed tried to put up a fight in the Bangladesh middle order, but her 31-ball 24 was not enough to power the hosts to a commanding total. She tried to keep the innings together, but could not stitch together any substantial partnership with her teammates, before falling as Bangladesh's ninth wicket of the day. Fahima Khatun, the only other Bangladesh player to score in double figures, gave hope to the home side, when she put up 22 runs with Ahmed for the sixth wicket. However, the partnership was broken by spinner Anam Amim, after which it was too late for Bangladesh to put enough runs on the board. 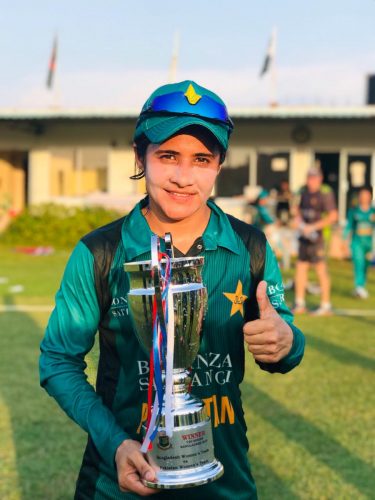 Pakistan were dealt with a blow early in their innings when opener Ayesha Zafar was dismissed by Salma Khatun in the fourth over of the chase. However, her opening partner, Nahida Khan, steadied the ship with a 34-run stand with her skipper, who walked in at the fall of Zafar's wicket. After that, it was all too easy for the visitors. They lost two more wickets along the way, but did not look overly panicked at any point through the chase and reached the total with ease.