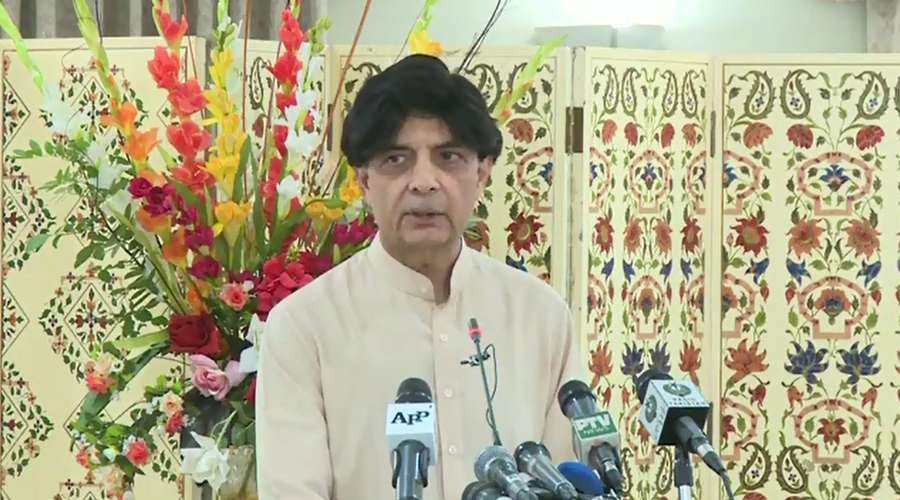 ISLAMABAD (92 News) – Interior Minister Ch Nisar has said that today no one suffered a defeat, but Pakistan won on Tuesday. Addressing a press conference on Tuesday, he said he was sorry that he could not hold a press conference on Monday. “The victory of Pakistan is in fact rule of law and democracy. Had Imran Khan agreed accountability would have been done,” he said. The minister said that Pervaiz Khattak set a wrong tradition by bringing an army with him. He also announced to bring the salaries of FC jawans at par with the police.