Pakistan won’t allow its soil be used for terrorism: PM 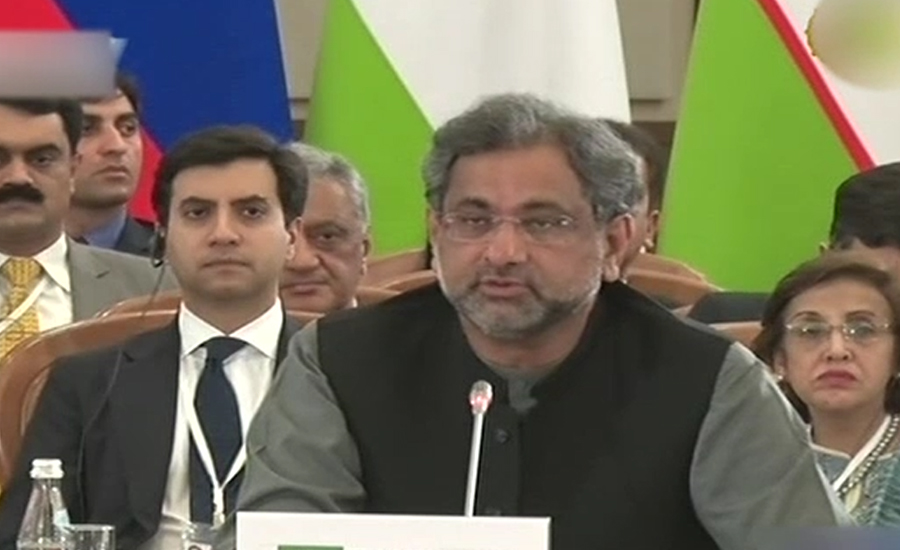 Pakistan won’t allow its soil be used for terrorism: PM

SOCHI (92 News) – Prime Minister Shahid Khaqan Abbasi has said that Pakistan will not allow its soil be used for terrorism. Addressing Shanghai Cooperation Organization (SCO) heads of government meeting in Russian city of Sochi today, he said that the Pakistan armed forces have achieved significant successes in its war against terrorism, adding that the operation against anti-state elements will continue. The prime minister said that Pakistan wants peace and stability in Afghanistan. Abbasi went on to say that SCO holds tremendous potential for connectivity, trade, and economic development, adding that it will play an important role for the development of the region. He said that the completion of China-Pakistan Economic Corridor (CPEC) reflects the key role of the SCO, adding that the trade and economic cooperation holds the key for long term stability, progress, and prosperity.