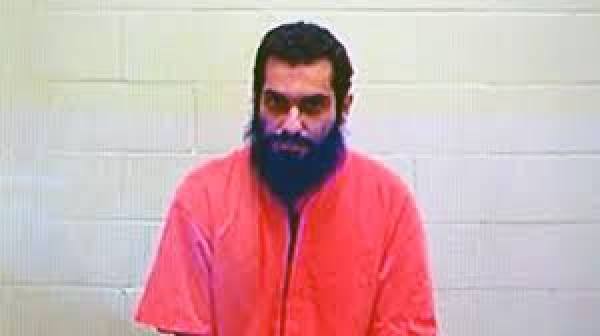 TORONTO - A Pakistani man who is accused of planning to bomb the US consulate in Toronto and other targets in the city's financial district will remain in custody pending an immigration review in April, Canadian media reported on Monday.

Jahanzeb Malik, 33, said little as he appeared by videolink before the brief immigration hearing at a jail in Lindsay, Ontario, northeast of Toronto, the reports said. He was told he would be detained until his next hearing on the grounds he may be "a danger to the public".

The Canadian government, which has said Malik was inspired by Islamic State, is seeking to deport him as a security threat rather than charge him with criminal offenses.

That strategy has been criticized as irresponsible by human rights lawyers. The deportation process can take months but the threshold for proof of guilt is far lower than in criminal law.

Malik's next review hearing is set for April 14, the Canadian Broadcasting Corp said.

Malik was befriended by an undercover Royal Canadian Mounted Police officer during a long investigation into the activities of the former student, who has a record of travel to Pakistan and allegedly underwent combat training in Libya, the Canada Border Services Agency said last week.

The accusations against him have not been proven in court, and Malik's lawyer could not immediately be reached for comment.

Canada has been on heightened alert since a gunman attacked the Parliament building in Ottawa in October after fatally shooting a soldier at a nearby war memorial. The attack by a so-called "lone wolf" Canadian convert to Islam came two days after another convert rammed two soldiers in Quebec with his car, killing one.

Malik, who came to Canada as a student in 2004 and became a permanent resident in 2009, told the undercover officer of his plans to make a video of the bombings he planned to encourage others, the CBSA said. Authorities also said he claimed to be a personal friend of US cleric Anwar Al-Awlaki, who was killed in a US drone strike on Yemen in 2011.