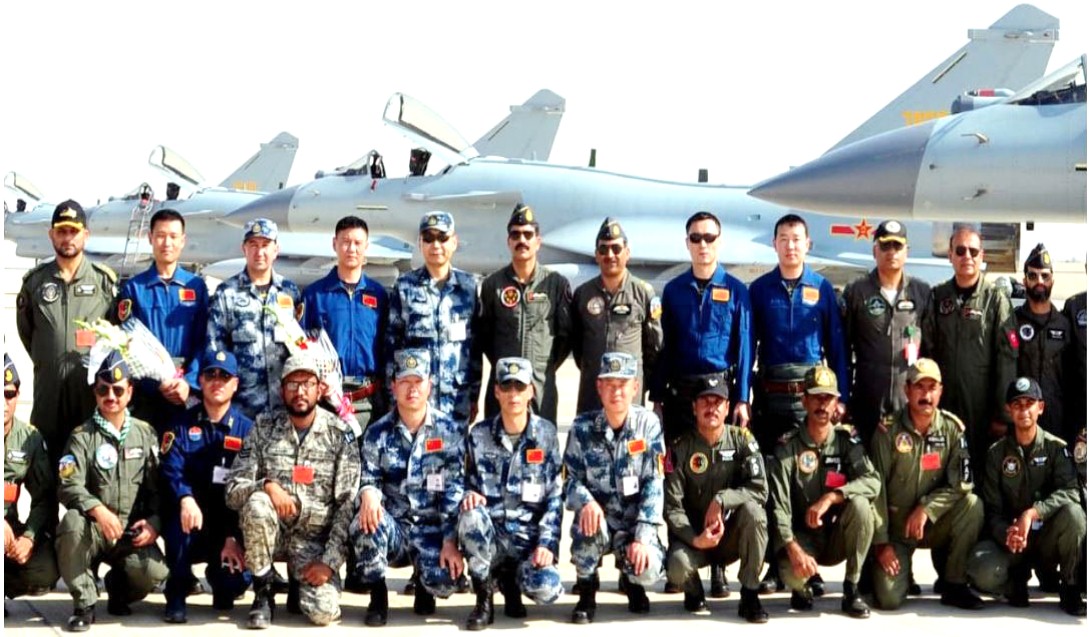 ISLAMABAD (92 News) – Joint International Air Drill of Pakistan and China dubbed Shaheen VII has started at an operational airbase in Pakistan. According to a PAF spokesperson, a contingent of Chinese Air Force has arrived in Pakistan which includes pilots and air defense controllers. Apart from technical crew, fighter, bomber and early warning AWACS airplanes of Chinese Air Force are also part of the drill. It is the seventh air exercise in the series of joint air drills with Chinese Airforce. Shaheen VI was held at a Chinese airbase last year. Earlier during his monthly briefing, Col Ren Guoiang said that China will send its fighter jets, bombers and early warning AWACS planes to the exercise which will run until December 23. He said the exercise is part of the annual cooperation plan between the two countries and it will strengthen bilateral cooperation and help improve combat capabilities of both the sides. Shaheen series of exercises between the two countries, who are close partners, began in March 2011 and has since gone through six major iterations.