ISLAMABAD (92 News) – Ayaz Jamali, a Pakistani engineer who was in the captivity of some group in South Sudan, has been released, said Foreign Office Spokesperson Nafees Zakariya on Thursday.

In a tweet, Nafees Zakariya said: “We are grateful to the governments of South Sudan, China and Sudan for their cooperation and support in the successful release of Ayaz Jamali.”

He said: “Our Missions in Addis Ababa and Khartoum have been making efforts to secure Ayaz's release with cooperation of the governments of South Sudan, China and Sudan.”

According to a statement issued by the ministry, the foreign office also engaged the ICRC in Islamabad and Juba, South Sudan, in its efforts to secure Jamali’s release.

"A team of ICRC officials, based in Juba was the first to establish contact with the rebels, visit Jamali in captivity and confirm his safety," the statement added. 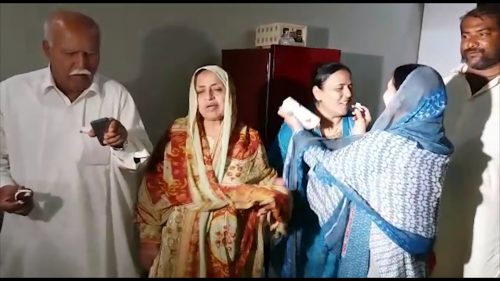 His family members were overjoyed at the news. They congratulated each other and distributed sweets.