The visitors were without the services of their regular captain Sarfaraz Ahmed, who was handed a four-match suspension for breaching ICC's Anti-Racism Code, and Malik was named skipper in his absence in Pakistan's must-win game against South Africa. The hosts were leading the five-match series 2-1 until the fourth game.

Pakistan win by eight wickets with 111 balls to spare!

A convincing win for the tourists, who restricted South Africa to just 164 in their innings. Imam-ul-Haq hit 71 while Babar Azam finished the run chase unbeaten on 41. #SAvPAK FOLLOW ⬇️https://t.co/66Iz9Ecjaq pic.twitter.com/l74uayMRsd — ICC (@ICC) January 27, 2019

"I got to know that I will be captaining when we got to the ground," said Malik after the match. "The decision [to suspend Sarfraz] came this morning. "I took over charge just before the start of the game. My responsibility is to fulfil whatever my cricket board and team management demand from me," he said.

Despite Ahmed's absence, Pakistan were charged up in the game right from the start. Shaheen Afridi picked up two early wickets before Hashim Amla and Faf Du Plessis started to rebuild South Africa's innings. Usman Khan then sparked a middle-order collapse and South Africa were eventually bowled out for 164, which Malik and his men chased down comfortable. Usman was Pakistan's star bowler and picked up the most wickets, finishing with 4/35.

I must highlight that the bowlers were exceptional and they set the tone: Shoaib Malik

"Usman bhai was exceptional today," Malik said after the series-levelling win. In fact, not only him, I must mention the names of Shaheen Shah and Mohammad Amir. Early wickets are key in this format. He [Usman] was struggling, but the way he bowled today was exceptional. Even our two spinners. Of course, he was [Player of the Match] but in my opinion all five bowlers bowled exceptionally well. "We had seen a lot of rain the night before the match. The pitch was damp," he added. "Winning the toss was an edge for us. Our pacers started off very well. But when Faf and Hashim bhai started playing convincingly, I thought of bringing on spinners since it was not a proper belter and they were bound to get some spin. 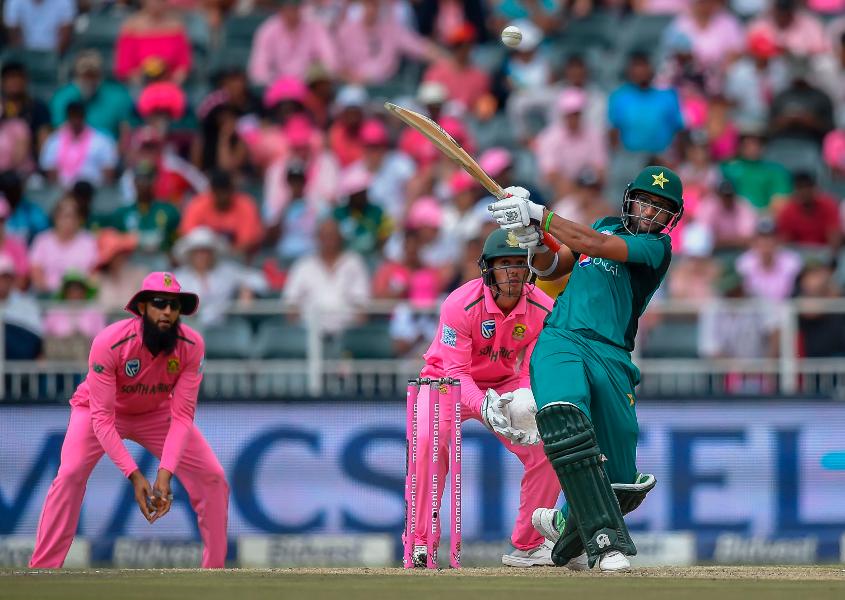 Imam-ul-Haq top-scored for Pakistan, scoring 71 off 91 balls
"And that's what happened and they [our spinners] started to dictate terms from there. The wickets of Faf and Hashim bhai were the turning point of the match." Pakistan lost the previous rain-curtailed ODI, which could have gone either way but South Africa won that game by the DLS method. "Of course, when a game slips away from your hand it frustrates you," said Malik of the third ODI. "But, the goal should be to give your best shot and that's what we had in our minds when we arrived at the ground today. I must highlight that the bowlers were exceptional and they set the tone. And then, the batsmen delivered." 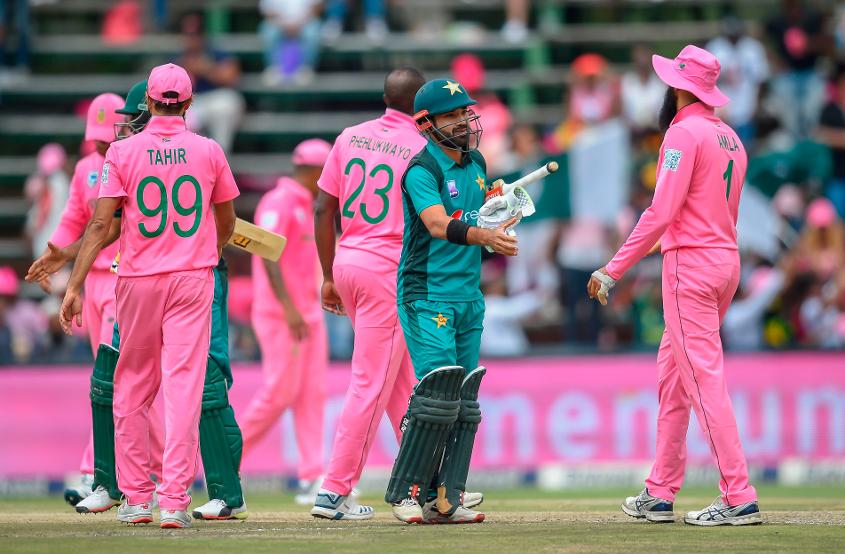 Imam-ul-Haq top-scored for Pakistan with a 91-ball 71 while Fakhar Zaman and Babar Azam made 44 and 41* respectively. They helped their side chase down the target in just 31.3 overs, and handed South Africa their first-ever defeat in the pink ODI. Malik added that his side performed well in all the departments, saying: "Overall, it was an all-round performance which is pretty satisfying for our dressing room. It is not about performing in one department and lacking in other. If you perform in one department, you should keep up with the same pace in the others as well."