Pakistan’s desire for peace not to be taken as its weakness: Naval chief 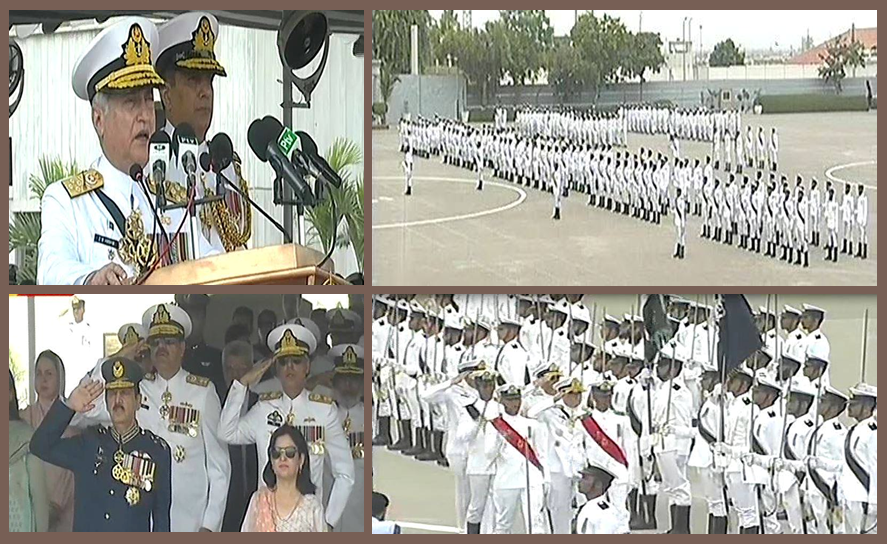 Pakistan’s desire for peace not to be taken as its weakness: Naval chief

KARACHI (92 News) – Chief of NAVAL Staff Admiral Zafar Mahmood Abassi said on Saturday that Pakistan is peace loving country and desires peaceful coexistence with neighbors but its desire for peace should not be taken as its weakness. Addressing the passing out parade of 109th midshipmen and 18th short service course at Pakistan Naval academy, he said that safeguarding national interests and maintaining defense sovereignty are our top most priorities. Admiral Zafar said that establishment of regional maritime patrols has been decided which will help in controlling piracy, smuggling and terrorism in oceans. He also said that the security of CEPEC and Gwadar port will be ensured and task force 88 has been established in this regard. The Naval chief reiterated that Pakistan’s desire for peace should not be as weakness and Pakistan Navy is well aware emerging challenges and fully capable to affectively deal with it. He further said that Pakistan Navy is being strengthening on modern lines technologically. Earlier commandant Pakistan Naval academy commodore Syed Faisal Hameed in his address presented the performance of academy.