Pakistan’s desire for peace shouldn’t be considered its weakness: President 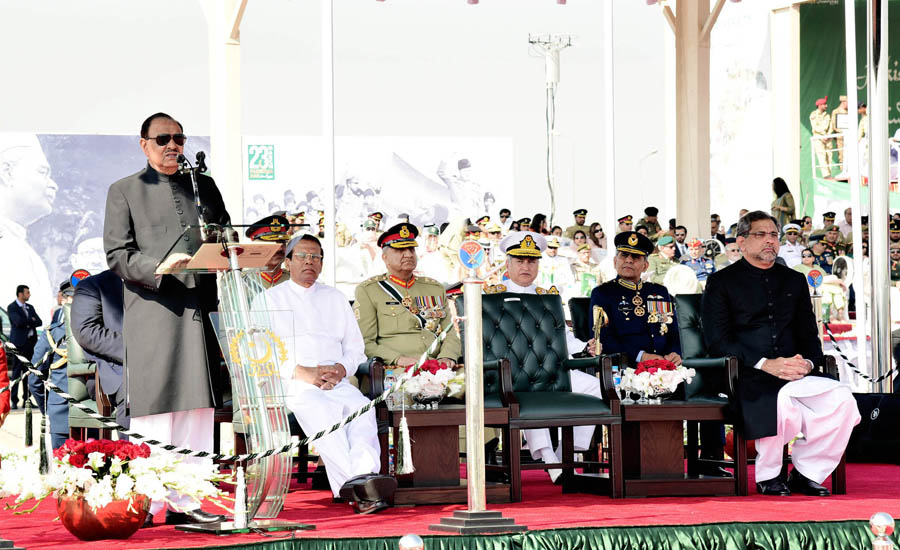 Pakistan’s desire for peace shouldn’t be considered its weakness: President

ISLAMABAD (92 News) – President Mamnoon Hussain on Friday said that Pakistan’s desire for peace in the region should not be considered as its weakness and reminded India to peacefully resolve the long standing issue of Kashmir. Addressing a dignified ceremony of 23 March Day parade in Islamabad, he said that Pakistan stood for peace in the region and beyond and gave a message of peace to those who did not want it. The global scenario had changed manifold and now countries could not be coerced to toe line of one particular country, he added. Referring to Indian cross border violations and the gross human rights violations in the Indian-Occupied Kashmir (IoK), the president said with these peace subversive tactics, Pakistan’s neighbor had put the regional peace at stake. He reminded India that it could not suppress the indigenous struggle of the Kashmiri people and called upon an immediate peaceful resolution of the issue. The president also cautioned against exploitation, suppression of nations and interference in the internal affairs of the countries. He said: “Pakistan’ foreign policy was centered around endeavors for permanent peace in the world and based upon non-interference in to internal issues of other countries.” In the successful launch of Zarb e Azb and Radd ul Fasad operations, the armed forces and the nation had given immense sacrifices; he said and announced commencement of Tamgha e Azm to pay tribute to the law enforcement forces and armed forces. He also stressed upon continuation of efforts against terrorism so that the achievements made so far could be further solidified. The president also expressed his satisfaction that all the institutions in the country were fully functional and working within their constitutional domains. Hussain went on to say that Pakistan had been playing a vital role for the global peace and rendering commendable services from the UN platform for the world peace. “Pakistan will continue playing its role for peaceful resolution of the Afghan issue,” he reiterated.