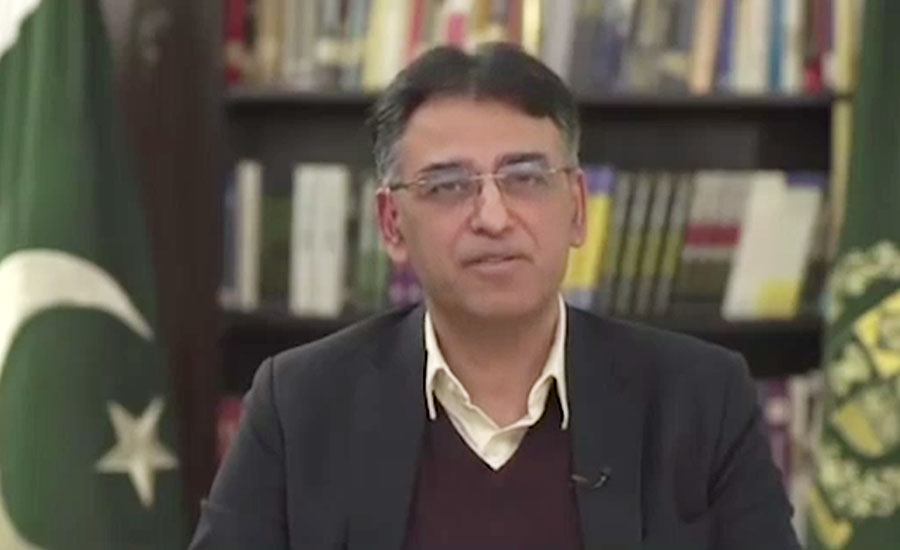 LONDON (92 News) – Minister for Finance Asad Umar said that the economic policies of Pakistan are going in the right direction, terming that the people hoped for best as well as trust on the economic policies of Pakistan Tehreek-e-Insaf's (PTI) government. Speaking on BBC’s current affairs TV show Hard talk – to be aired early Thursday morning – Umar said that Pakistan’s fiscal and monetary policies are in line with the economic reforms that are required to take Pakistan out of its current economic predicament and are not related to the International Monetary Fund’s (IMF) dictation. “We don’t need the International Monetary Fund’s dictation, because these reforms are necessary,” the minister said. “The government has not waited for IMF sanctions and conditions to do what we think is required for the economy,” he added. “We know that there is need to financial bailout package after coming into rule. We are not proud of the fact that we had to go and ask for assistance. The real challenge on which we will be judged is that whether we took decisions of setting the country’s economy on a path where this is going to be Pakistan’s last IMF bailout,” the finance minister stated. Umar said that clear directions have been set in this regard during the first 100 days of PTI’s government. He claimed that the country will not go to the IMF in next time because the economy of the country is going in right direction. The corporate bigwig also shed light on Pakistan’s bilateral relationship with Saudi Arabia in the backdrop of the Khashoggi crisis and western criticism of the kingdom. “Pakistan and Saudi Arabia enjoy a consistent bilateral relationship, irrespective of who is in power.” “Western countries should be ashamed for talking about democracy and freedom, and reaching into Saudi pockets for business deals worth billions of dollars.” He added that the two countries also enjoy a close military relationship, which is not influenced by events in Yemen and neither by the alleged murder of the dissident journalist. “Pakistan owes 10 per cent of its foreign debt is Chinese, 90 per cent is non-Chinese.” Umar maintained that efforts by foreign-sponsored actors to destabilise CPEC and Balochistan are ongoing, and such elements are being trained abroad to subvert the initiative. Highlighting the government’s strategy to overcome issues in the education and health sectors, Umar said revenue generation and taxes are central to the challenges faced by the country as “we need revenue”. “We have separated tax policy from tax administration, absolutely central to the reform effort,” adding that the leadership of that revenue authority has also been changed. The finance minister further added that changes in laws are being made to deploy the use of technology, data analytics and algorithms to trace where taxes are being evaded in order to recover them. “We have a list of high net worth people who evade taxes and served notices to them,” the minister went on to add.