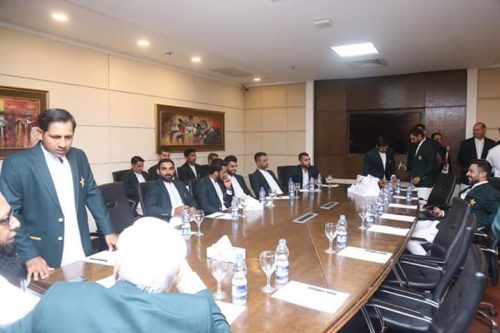 The meeting was held at Prime Minister’s Office; however, Pakistan Cricket Board (PCB) Chairman Ehsan Mani, coach Mickey Arthur and chief selector Inzamamul Haq were also present in the meeting. 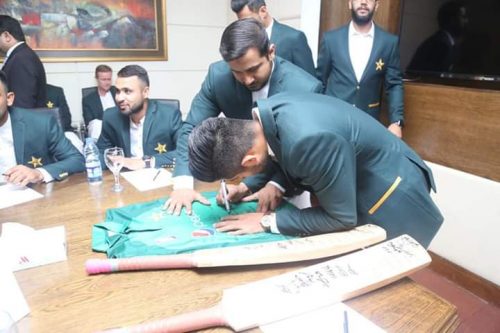 Reportedly, the prime minister gave the important tips to the players for World Cup 2019. It was also reported that Imran Khan directed skipper Sarfraz Ahmed and the players to play with bravery and confidence. 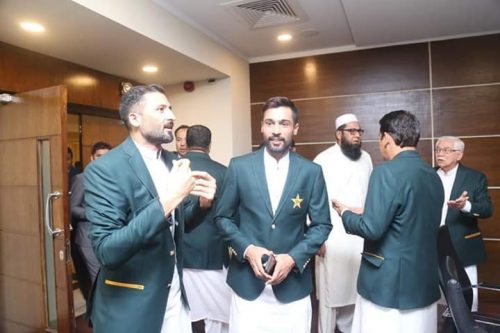 PM Khan also gave some important tips to the fast bowlers while the PCB banned on the players for taking their families including wives and children on World Cup 2019 trip. 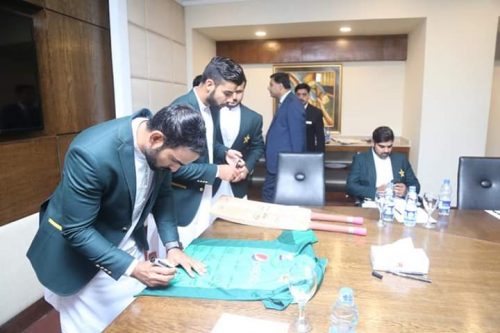 Following the meeting, Special Assistant to Prime Minister Naeemul Haque tweeted that Prime Minister Khan had given an hour-long lecture to the team. 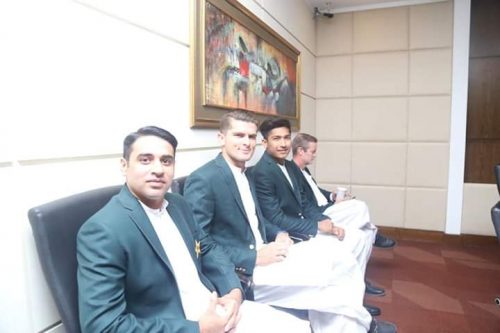 One hour long lecture by PM Imran Khan to Pakistan cricket team going for World Cup. Excellent discourse on virtually all aspects of cricket. A lively exchange with cricketers.

The meeting comes a day after the PCB announced a 15-member squad for the upcoming World Cup 2019 to be played in England. It is worth mentioning here that Imran Khan, a former flamboyant all-rounder, was the only Pakistan cricket captain who led green-shirts to their first World Cup victory in 1992.

Pakistan Cricket Board (PCB) Chief Selector Inzimamul Haq has announced the 15-member team for the International Cricket Council World Cup 2019. All-rounder Muhammad Hafeez’s availability in the squad is subjected to his fitness, said the chief selector. Meanwhile, Abid Ali has been chosen as a third opener in the squad.

Fast bowler Muhammad Aamir has been dropped from the World Cup squad. Junaid Khan, Muhammad Hasnain, Shaheen Shah Afridi and Hassan Ali are expected to lead the Pakistani pace attack. “Aamir is an experienced bowler but unfortunately, his performance has not been as per par from last one year. I pray that he gets his rhythm back as seen in Champions Trophy final,” Inzimam said. Aamir and Asif Ali will accompany the team for the upcoming bilateral series against England, the chief selector announced. The selector admitted that ‘a little favour’ was given to Imad Wasim as despite failing the fitness test he was selected for the World Cup squad. All World Cup-bound players will take part in further training sessions and attend open media sessions at the Gaddafi Stadium on April 20 and 21. Pakistan captain Sarfaraz Ahmed and coach Mickey Arthur will hold their joint departure press conference at the Gaddafi Stadium on April 22. The team is scheduled to depart for England on Tuesday, April 23. Pakistan will play their first World Cup match against West Indies at Trent Bridge on May 31, after playing warmup matches against Afghanistan and Bangladesh. 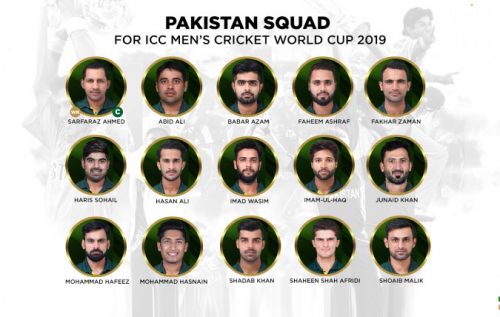 The following is the Pakistan cricket team’s schedule of England: