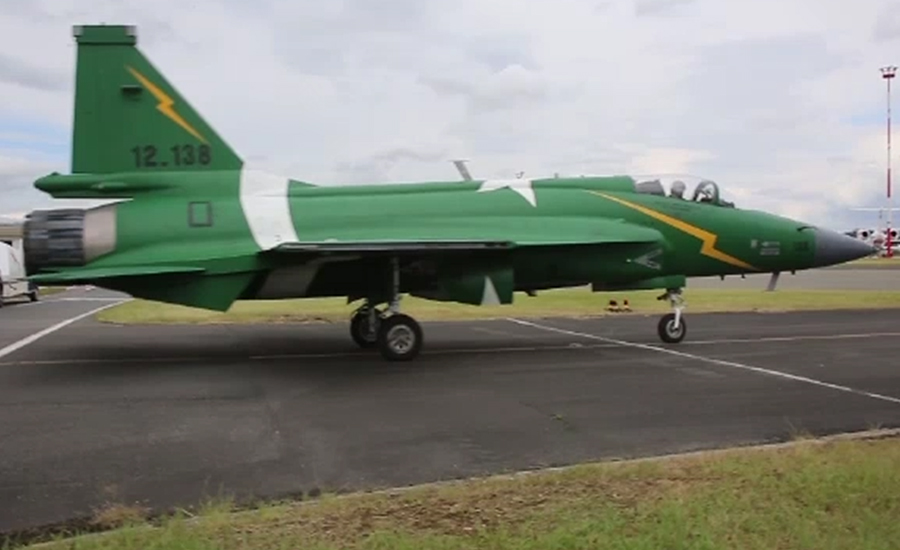 ISLAMABAD (92 News) – PAF JF-17 Thunder jets are ready to captivate audience at the 53rd Paris Air Show at the Le Bourget Airport, Paris. The show will be held from June 17 to 23. Three JF-17 Thunder jets had reached Paris to participate in the show a couple of days ago. On Saturday, the PAF demo team practised series of aerobatic drills and is fully prepared to woo the spectators in the largest air show of the world. One PAF JF-17 aircraft would perform flying display on each day of the show, while the other would be put on static display showcasing its lethal and sophisticated weaponry. The first four days of the show will be reserved for trade visitors, while the next three days will be open to the general public. The spectacular JF-17 aerial display is considered to be a major attraction of the show and would provide an excellent opportunity to showcase its cutting edge capabilities. It would also allow potential customers to assess its immense potential and help its promotion in international market. Paris Air Show is the largest aerospace-industry exhibition which is organized by French Aerospace Industries Association. The Air Show brings together a large number of exhibiters and major aviation industries from different countries around the world.