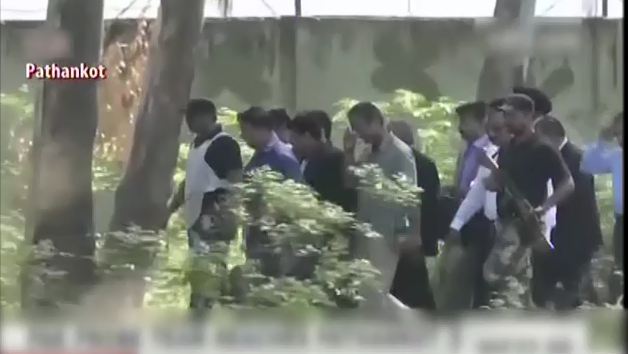 PATHANKOT (92 News) – As Pakistan's Joint Investigation Team (JIT) probing the terrorist attack on the air base reached to Pathankot town in north Punjab, protests erupted near the airbase on Tuesday. Activists of Punjab's main opposition Congress party held the protest near a road which is to be taken by the Pakistani probe team. They carried black flags and banners. Indian security agencies deputed additional personnel outside the rear part of the air base following the protests to strengthen security. Pakistan probe team was taken only to specific and limited areas within the Air Force Station (AFS) complex. The Pakistani team is also likely to be taken to the border to "retrace the route of the terrorists". It may also be taken to the hospital where the bodies of the terrorists have been kept.