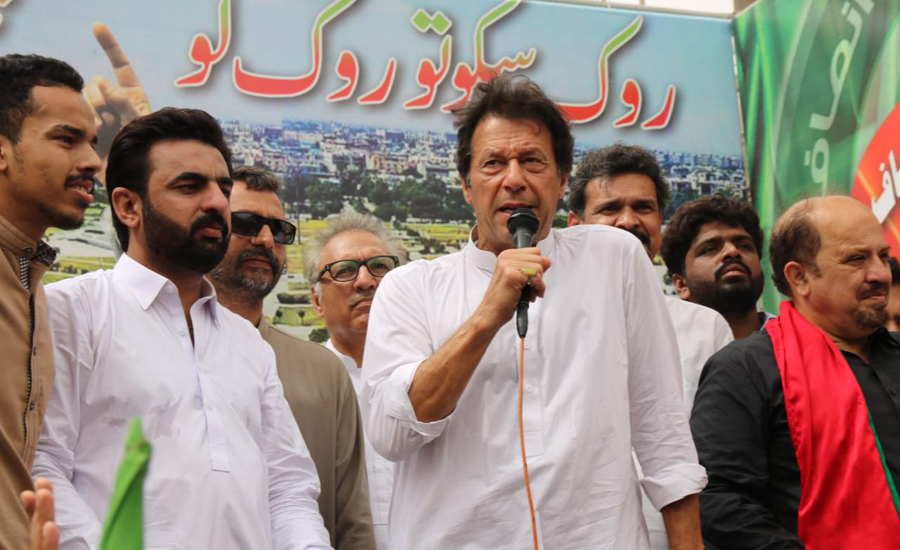 KARACHI (92 News) – Pakistan Tehreek-e-Insaf (PTI) Chairman Imran Khan on Wednesday said that the progress of the country is linked to the progress of Karachi. Speaking to the gathering of business community, Imran khan said that whenever Karachi will not be managed well, new (naya) Pakistan cannot be made. He reiterated that Pakistan's progress depended upon the development of the metropolis' development. The PTI chief outlined his party’s plans for the city’s development, saying that the PTI has started to plan for resolving water issue in Karachi. "We are planning now how to provide water in Karachi, assured Imran Khan. He said that if his party come into power, would introduce an empowered local government system in Karachi and take care of the city’s growing water needs by building desalination plants and power projects. “Pakistan is lagging behind in the world, even in the subcontinent which is [one of the poorest] regions,” he said. He added that today the export value of Pakistan was declined as compare to the Bangladesh. He said that these parties were ruling this country for a well over 30 years. He termed that the single rain exposed the development of Lahore and everything has been surfaced in front of the nation. He said that he did not take the Panama Papers. He termed July 25 as turning point in Pakistan's history. Imran Khan said that the funds worth billions of rupees spent on the development of Lahore but a single rain had exposed the claims of former Punjab chief minister of making the city of Lahore like Paris. Criticizing the opposition parties, he said that the parties who destroy the institutions, they can never take reform in the national institutions. Imran Khan said that the rangers deployed in metropolis because they destroyed the police, adding that Shehbaz Sharif used police to kill people. He said that people was in model town through police force. He claimed that the PTI made better police system in KP during his first tenure of government. The PTI chairman said that if elected, he will root out corruption by strengthening institutions, will bring investment from abroad and will provide better job opportunities for young people. "With the grace of God, we will make a new Pakistan which will be self-sufficient and will stand on its own feet, will prosper and where government will serve its people," he said. Imran is scheduled to tour different areas of the metropolis today as part of his ongoing campaign for the upcoming general election. He is also set to unveil PTI’s first-ever national housing scheme for the public.