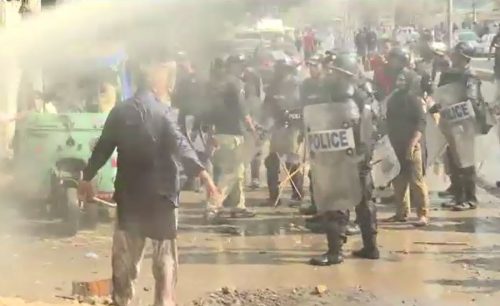 As per reports, the protesters started pelting stones at the police team and shouted anti government slogans as the police and the anti-riot force resorted to baton-charge and used water cannon to disperse protesters. The protestors resisted the forces and a quarrel has been started with the forces. Both the sides used their powers and the protestors’ pelted stones on police. The police fire water cannon and baton charge on the residents, as a result, the old aged people were injured. 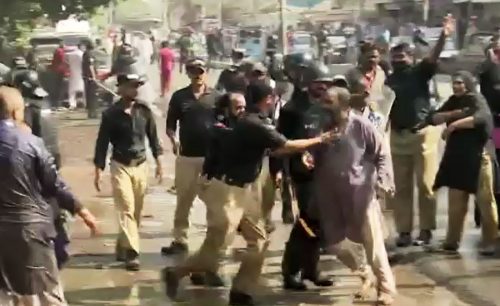 The police was also trying to arrest the violent protestors. However, the residents of the Pakistan Quarters in Karachi staged a protest against the operation to evict them from the federal residential colonies following the Supreme Court's directives. Residents, including women and children, installed blockades at entrances of the quarters and did not allow personnel of law enforcement agencies to enter leading to clashes between them. On Tuesday, Police took several residents of Pakistan Quarters into custody after they staged a protest against their eviction from the federal residential colonies. 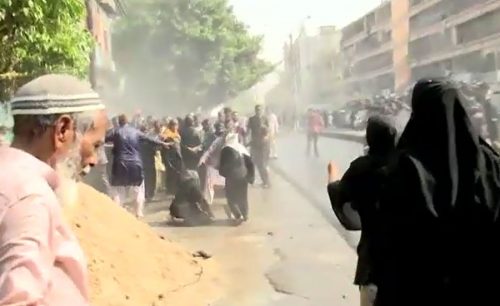 Heavy contingents of police, including the anti-riot force, were called and they resorted to baton-charge and used a water canon to disperse the protesters. Several protesters were taken into custody. On the other hand, Muttahida Qaumi Movement-Pakistan (MQM-P) leaders Dr Farooq Sattar, Amir Khan, Naveed Jamil reached reached Pakistan Quarters to show solidarity with the protesters. On the occasion, Farooq Sattar said that the residents have not illegally occupied quarters meant for federal government employees as past governments had assured them that they will not be forced out of their residences. “The previous governments concealed relevant facts from the court which issued eviction orders, lamented the senior MQM-P leader. It is now responsibility of the incumbent government to devise a policy in this regard,” he said. He termed the eviction of the people from Pakistan Quarters as a conspiracy against the PTI-led federal government. He said he has talked to President Arif Alvi and Sindh Governor Imran Ismail, demanding that no action should be taken until a meeting with them.