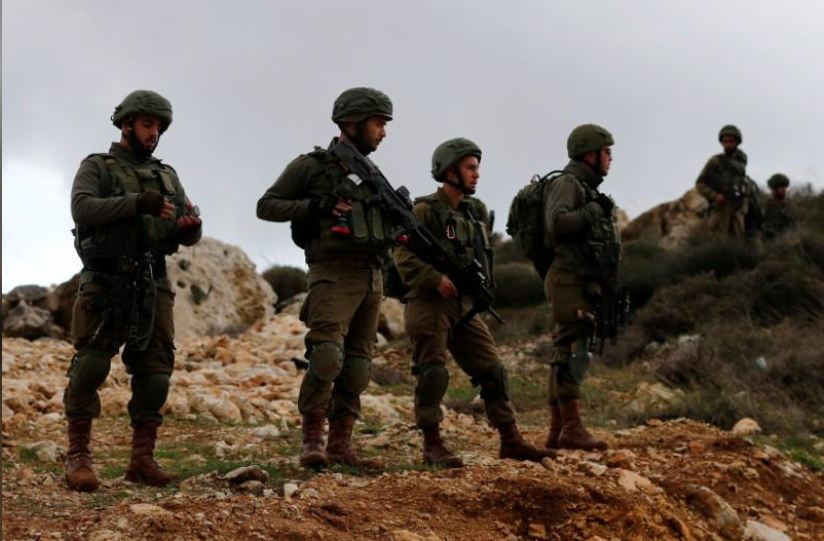 RAMALLAH, West Bank (Reuters) - A Palestinian gunman killed two Israeli soldiers at a bus station in the occupied West Bank on Thursday, Israel’s military said, hours after Israeli forces killed two Hamas fugitives it blamed for earlier deadly attacks.
Lieutenant-Colonel Jonathan Conricus, an Israeli military spokesman, said the gunman had climbed from a car at a junction near Ofra settlement and opened fire at Israeli troops and civilians standing nearby. In addition to the two soldiers killed, a third was wounded. The attack took place near the site of a drive-by shooting on Sunday that wounded seven Israelis, including a pregnant woman whose baby was delivered prematurely and later died. In earlier overnight swoops in the West Bank, Israel also said on Thursday its commandos had killed the Palestinian behind Sunday’s attack, as well as another wanted for an Oct 7 shooting at a settlement industrial park that killed a man and a woman, both civilians. The West Bank, Gaza Strip and East Jerusalem were captured by Israel in a 1967 war. Palestinians hope to establish a state in the three territories. The West Bank is under Israeli military occupation, with the Palestinian Authority exercising limited self-rule. Israel has withdrawn its settlers and soldiers from Gaza but maintains a blockade on the coastal strip, which is now controlled by the armed Islamist group Hamas. In two other incidents on Thursday, police said a Palestinian had stabbed and wounded two Israeli police troopers in East Jerusalem before being shot dead, while the army said a Palestinian driver had carried out a ramming attack in the West Bank targeting Israeli soldiers, injuring one of them. Israeli forces at the scene of the ramming attack responded with gunfire. The Palestinian health ministry said the driver was killed.

The increase in violence in the West Bank looks likely to fray Israel’s already strained ties with Palestinian President Mahmoud Abbas’s Palestinian Authority. The vehicle in Thursday’s attack on the Israeli soldiers fled toward Ramallah, Conricus said, prompting Israeli troops to shut down entrances to the West Bank city and to begin searches and roadblocks. While there was no immediate claim of responsibility, Fawzi Barhoum, a Gaza-based spokesman for the armed Islamist group Hamas, hailed that attack as an “heroic and brave operation”. Abbas’s Western-backed authority has continued to coordinate with Israel on security in the West Bank, despite deepening rancour between Israelis and Palestinians at a political level since negotiations broke down in 2014. Although Hamas’s power base is in Gaza it also poses a grassroots challenge to Abbas in the West Bank, where its ability to operate is hampered by the presence of both Abbas’s forces and of Israeli troops. Conricus would not say whether Israel thought Thursday’s shooting was carried out by an organisation, or by someone acting independently. But he said that recent attacks had been “glorified” on Palestinian social and regular media outlets. “We are definitely aware of the phenomenon of copycats and our forces are deployed accordingly.” He added: “This could definitely fall into that pattern.” Abbas’s office issued a statement on Thursday denouncing violence. Published by the official Palestinian news agency WAFA, it blamed the recent events on Israel’s “policy of repeated raids into cities and incitement against the President, and the absence of a peace horizon”.