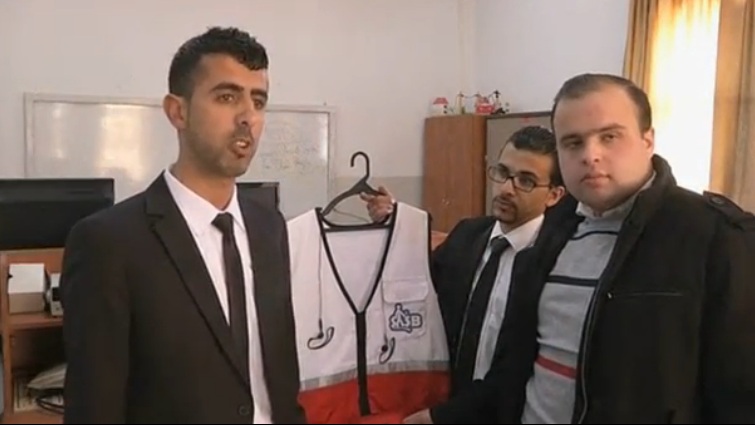 HEBRON - Palestinian students from the Polytechnic University in Hebron have created a vest that uses vibration and voice commands to allow the blind and seriously visually impaired to walk unaided. Their Smart Assist System for Blind People (SASB) is designed to be used in place of the traditional white cane used by the sightless. Graduate student of engineering, Abdel Rahman al-Barmeel, who helped design SASB, said the system is simple and convenient to use. "The project offered many solutions that differed to other previous projects, for example the idea of the ground sensor is very effective and new in this field. The system works on directing the people by voice commands and vibration commands," said al-Barmeel. The system also provides the user with a sound alert signaling its battery capacity, before switching immediately to energy saving mode before it runs out. The project was developed under the supervision of the Dean of Engineering Department and Project Supervisor, Dr. Ramzi al-Qawasmi. Al-Qawasmi expressed the importance of improving the lives of the visually impaired. "The project constitutes of a vest worn by the visually impaired to help them to integrate into society and communicate with people through directing and coaching them through a path which is free of obstacles," he said. The vest wearer can also follow voice commands through headphones connected to the system. "The students were able with their limited resources to design and execute this project. The project still needs more development with financial and moral support and needs to be embraced by institutions and potential youth sponsors," Al Qawasmi added. Blind volunteer Ayoub al-Sarsour, tested the vest on camera for Reuters, calling it "really great". Students worked with the Red Crescent Society to hire specialists to design the jacket. They are now seeking sponsors to help transform the vest into a marketable product. It's not the first such vest on the market. American device Eyeronman was released last year, a hands-free wearable device with sensors and emitters mounted directly onto a vest to detect obstacles. It contains LiDar laser, ultrasound, and infrared technology. - Reuters 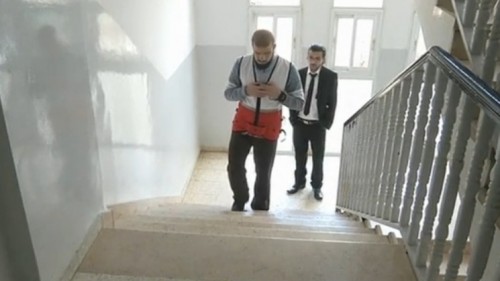