Panama case to decide the fate of country: Imran Khan 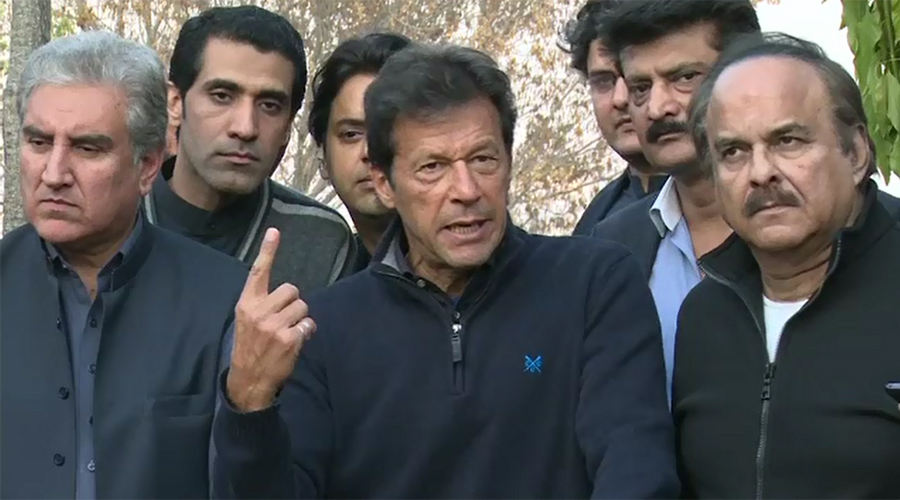 Panama case to decide the fate of country: Imran Khan

ISLAMABAD (92 News) – Pakistan Tehreek-e-Insaf (PTI) Chairman Imran Khan has said that every Pakistani made fun of the letter of prince of Qatar. Khan said that the Panama case would decide the fate of the country. Talking to media in Bani Gala on Thursday, the PTI chairman criticized Prime Minister Nawaz Sharif and his family over Panama Leaks case. He said that if Nawaz Sharif was innocent, he should have proved it in the Assembly. “Nawaz Sharif lied in the Parliament. A new deed is presented after another. The truth of this deed would also be revealed soon,” Khan said. Criticizing Maryam Nawaz and Hassan Nawaz, Khan said that they should tell where they earned the money from. Earlier, the PTI chairman in his tweet said that even Donald Trump cannot save the prime minister from Panama case.