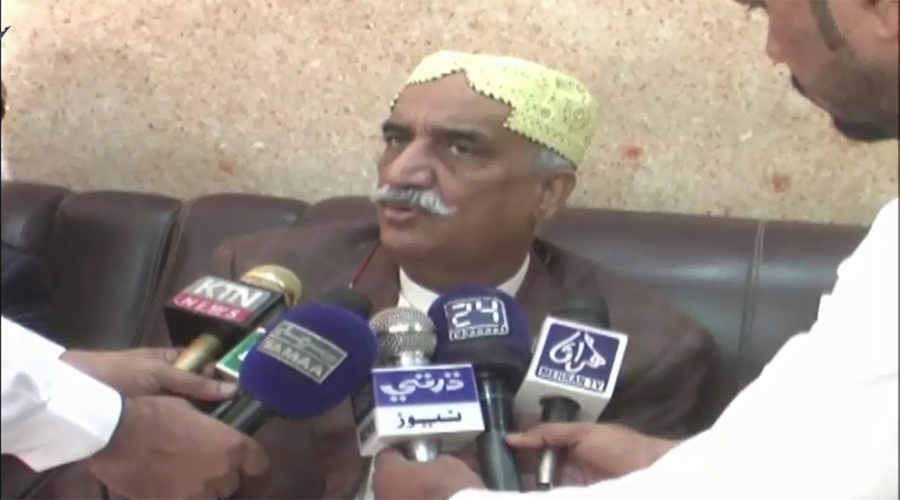 KANDH KOT (92 News) – Leader of the opposition in National Assembly Khurshid Shah has said that the Panama Leaks allegations on Nawaz Sharif are true. Talking to media in Kandh Kot on Saturday, Shah said that Nawaz Sharif is using the King of Qatar to protect himself. He further said that the Army Chief would retire upon completion of his term. Shah also announced to carry out a protest demonstration against the government on December 27.