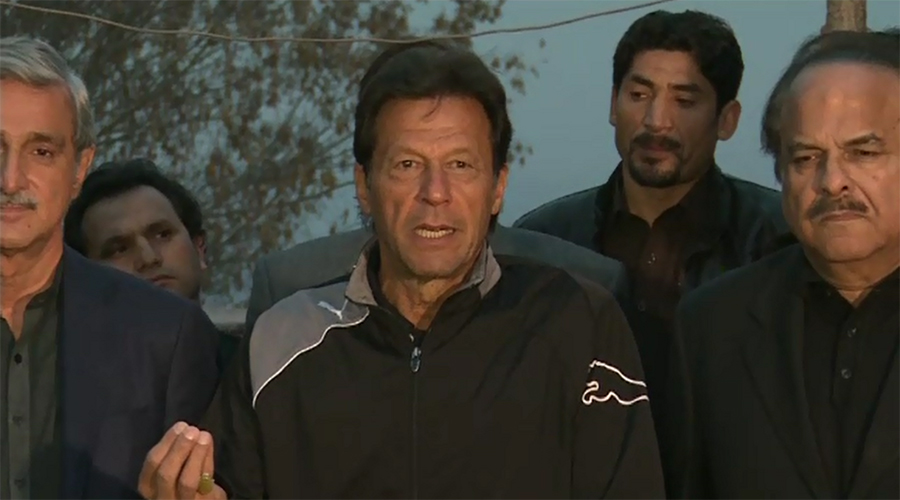 ISLAMABAD (92 News) – Pakistan Tehreek-e-Insaf (PTI) chairman Imran Khan announced his four-member legal team for Panama Leaks case. Talking to media in Islamabad on Tuesday, Khan said that Naeem Bukhari would lead the four-member legal team while Babar Awan is also included in the team. Hamid Khan withdrew from the case due to media pressure, he said, and added that we are satisfied with our legal time. On a question, Khan said, “I didn’t go to London to collect evidence; I was there to meet my kids.” “We will help SC in Panama case. We have gathered enough evidence but the lawyers will decide what to submit in the court. I have won a match from the weaker teams as well,” he said. He said, “The letter of Prince of Qatar has created many questions. Only one question of the Prince of Qatar will give shivers to Nawaz Sharif.” “The powerful has never been interrogated in the history of the country. It is a political mafia, they are all united. They don’t want anyone to get caught as the others would also be held accountable in such a case. They never thought they would come to the court. This is a ‘do or die’ case for Pakistani nation. If corruption ends, it will benefit the nation,” he added. About rumors of getting married for the third time, Khan said that marriage is a Sunnah of Prophet (PBUH) but my concentration is on Panama case.