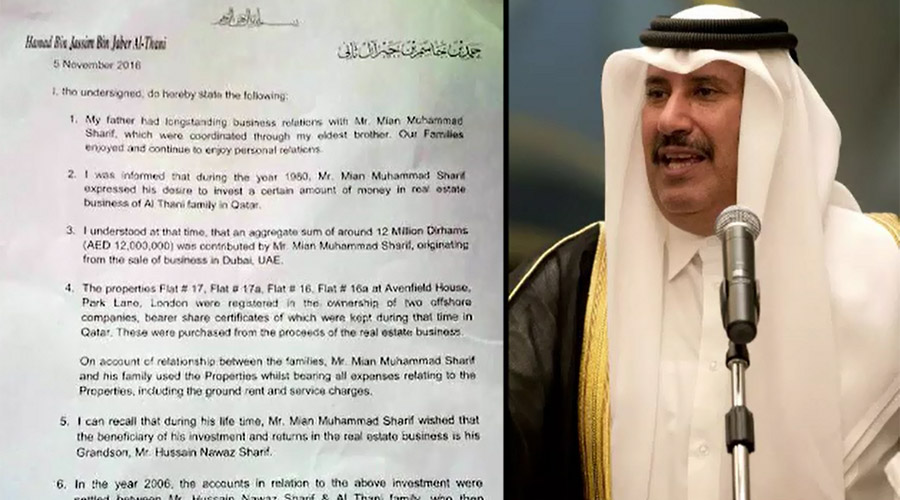 ISLAMABAD (92 News) – Pakistan Prime Minister Nawaz Sharif and his daughter Maryam Nawaz on Tuesday submitted evidence regarding the legitimacy of their assets in the Supreme Court claiming that a Qatari Prince paid for their London apartments. The Sharif family submitted a letter from a Qatari Prince stating that he gave money to the Nawaz Sharif’s family for the purchase of flats in London. The letter stated that the London flats were registered in the ownership of two off shore companies which were later handed over to Hussain Nawaz Sharif as per the consent of his grandfather Mian Sharif. It stated that the prime minister invested 12 million Dirhams in a firm belonging to the father of Qatari prince in 1980. 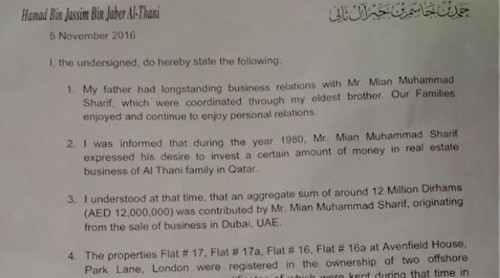 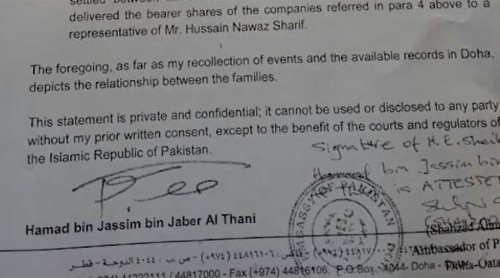