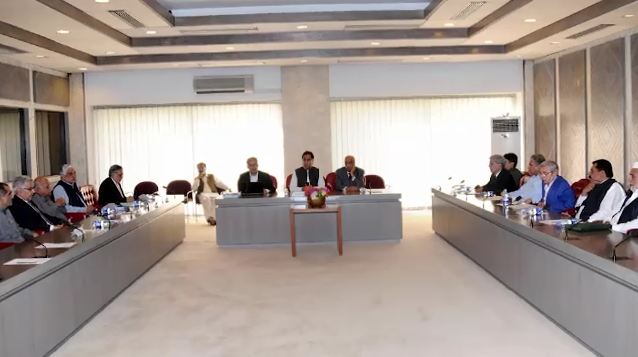 ISLAMABAD (92 News) – The fourth meeting of the parliamentary committee to draft Terms of References (TORs) will be held today. The meeting is likely to start at 4:00 pm today which was rescheduled due to the meetings of National Economic Committee and Federal Cabinet meetings. Previously, Finance Minister Ishaq Dar had on Thursday said that the committee has formally started framing the TORs. Talking to media in Islamabad on Thursday, he said that the matters are proceedings in an environment of consensus. The minister said that the opposition’s two points have been exempted from the consultation and their 13 points have left, adding that the opposition is ready to withdraw Prime Minister Nawaz Sharif’s name. However, the deadlock persisted between the government and the opposition over the key issues. PPP Senator Aitzaz Ahsan had said that they had not talked about exemption for the prime minister. PTI leader Shah Mahmood Qureshi said that they would not withdraw from their demands.