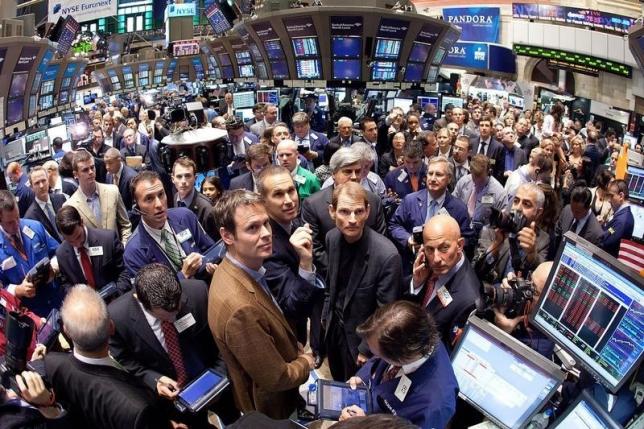 NEW YORK - Online music streaming service Pandora Media Inc appointed founder Tim Westergren as its chief executive to replace Brian McAndrews, who left the company, sending its shares down 10 percent. The company also appointed independent board member Jim Feuille as chairman and promoted chief strategy officer Sara Clemens to chief operating officer. Westergren, who co-founded the service in 2000, earlier served as the company's CEO from May 2002 to July 2004. McAndrews, who took over as CEO in September 2013, also serves on the board of New York Times Co and GrubHub Inc. McAndrews is known for his leadership of online display advertising company aQuantive Inc, which Microsoft Corp bought in 2007 for $6 billion after paying an 85 percent premium. Pandora, whose shares had fallen 32.5 percent in the last 12 months, faces stiff competition from Spotify, Apple Inc's Apple Music and Amazon.com Inc. "I'm sure the stock performance was a factor in McAndrews' departure," Wedbush Securities analyst Michael Pachter told Reuters. Pandora last month reported disappointing fourth-quarter results with active listeners of 81.1 million at the end of December, a slight fall from a year earlier. The company had said it planned to invest $345 million in 2016 to expand its paid subscription service and enter new markets, with an aim to achieve $4 billion in revenue by 2020. It reported revenue of $1.16 billion for 2015. "McAndrews was pretty ambitious, and my guess is that Westergren will be a bit more deliberate, so we will likely see a slower roll out of their international expansion," Pachter said. Pandora held discussions about selling itself, the New York Times reported last month. However, the company later said it was focused on working as an independent company. "With the co-founder returning, a sale is less likely," Pachter added. Pandora's shares were down 9.6 percent at $9.88 at midday. -Reuters