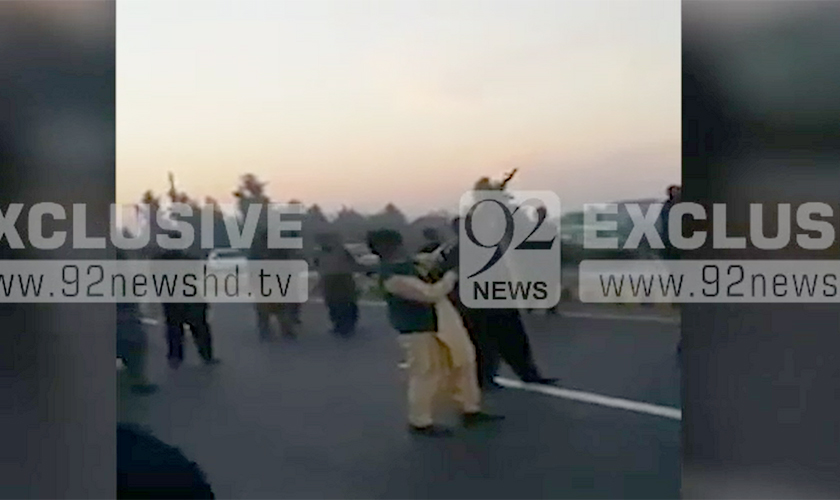 MANDI BAHAUDDIN (92 News) – Panic spread the area as PML-N workers resorted to aerial firing after the party candidate Ghulam Hussain Bosal was elected District Council chairman on Saturday. Chief Minister Shahbaz Sharif has taken notice of the incident and ordered action against the accused. Later, the police registered a case against the accused. Raids are being conducted to arrest the accused.