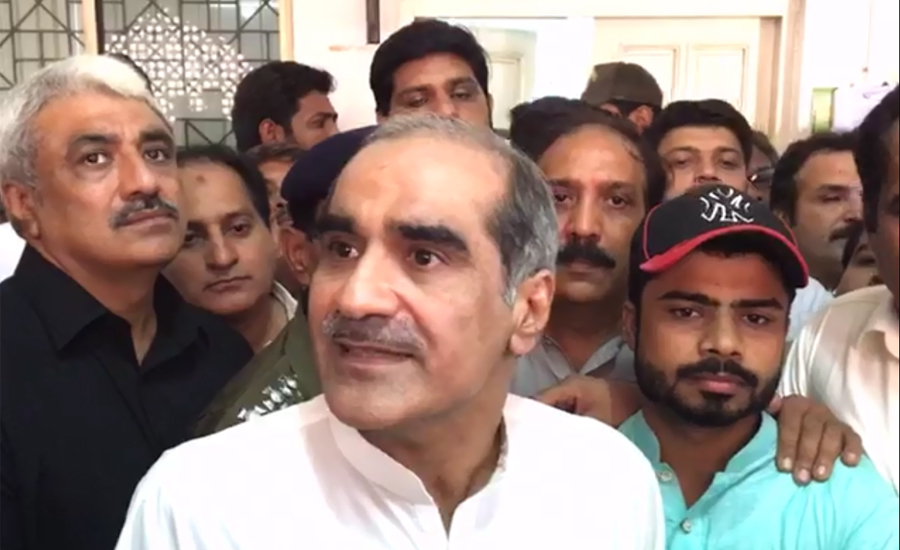 LAHORE (92 News) – An accountability court extended the judicial remand of Pakistan Muslim League-N (PML-N) leader Khawaja Saad Rafique and his brother Salman Rafique till October 14 in the Paragon Housing Society scandal case. The National Accountability Bureau (NAB) presented in court amid tight security. Khawaja Saad Rafique had an exchange of hot words with a DSP for stopping his secretary from entering the courtroom. Talking to the media after the hearing, Khawaja Saad Rafique said that they were arrested 10 months ago. “We are jailed whenever a government changes. What will happen with the common man if we are being meted out this treatment?” he said. Khawaja Saad Rafique said that the railways department had been destroyed. “For how long the incompetent rulers will run this system?. The people should not be forced to come out of their houses.” The PML-N leader said that revenge is being exacted in the name of accountability. “No civil servant is ready to work. Those dispensing justice should keep in mind that they will have to be answerable in the hereafter,” he said.

One Qaiser Amin Butt, the main accused in the Paragon Housing scam, voluntarily disclosed the facts related to the commission of offence and requested for pardon under Section 26 of the National Accountability Ordinance, 1999 (NAO 1999), which was granted by the competent authority. The NAB filed reference against Kh Saad Rafique, Kh Salman Rafique, Nadeem Zia Pirzada, his son Umer Zia and Farhan Ali. NAB stated in the reference that Saad Rafique, in connivance with his wife Ghazala Saad Rafique, brother Salman Rafique, Qaiser Amin Butt and Nadeem Zia, started a housing project which was an illegal society.