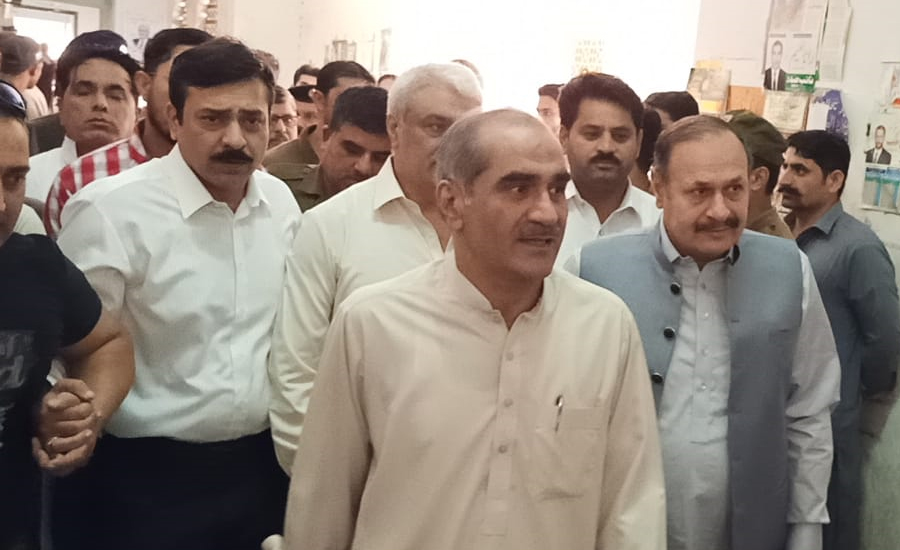 LAHORE (92 News) – An accountability court on Tuesday extended the judicial remand of Pakistan Muslim League-N (PML-N) leader Khawaja Saad Rafique and his brother Salman Rafique till October 5 in the Paragon Housing Society scandal case. The National Accountability Bureau (NAB) presented in court amid tight security. The court directed to NAB prosecutor and Khawaja Brothers’ lawyers for completing their arguments in the next hearing on the matter regarding the accountability court’s circle of authority. Later, the court extended their judicial remand till October 5. It is pertinent to mention here that Khawaja brothers challenged the court’s circle of authority. On Sep 28, the NAB prosecutor said the Khawaja brothers had not been produced before the judge due to security reasons. The court has issued notice to the SP headquarters for explaination. Counsels of Khawaja Saad Rafique and Salman Rafique requested the court to adjourn the hearing due to lawyers’ protest upon which the court extended their judicial remand for three days and ordered to produce them on October 1. In the previous hearing, speaking to the journalists, Khawaja Saad Rafique said that the incompetence of the government had made all institutions a dustbin. “People are starving in New Pakistan. Price-hike is at peak. The government has gagged the opposition,” he said. The PML-N leader said that if the country could run by putting them into jails then it is okay. “The prime minister is a hurdle in the production orders, which are not being issued,” he added. Khawaja Saad Rafique questioned whether it was not their right to represent their constituencies. “Those who sacrificed their lives for the country are being meted out this treatment,” he said. He said that Imran Khan had staged 150-day sit-in, but the opposition was not being allowed to speak in the assembly. “The PML-N will part of any anti-government movement,” he said. Khawaja Saad Rafique said that India had attacked Kashmir, while the government had attacked the opposition in Pakistan. “The prime minister alone visited Muzaffarabad, but did not accompany the opposition,” he concluded.

One Qaiser Amin Butt, the main accused in the Paragon Housing scam, voluntarily disclosed the facts related to the commission of offence and requested for pardon under Section 26 of the National Accountability Ordinance, 1999 (NAO 1999), which was granted by the competent authority. The NAB filed reference against Kh Saad Rafique, Kh Salman Rafique, Nadeem Zia Pirzada, his son Umer Zia and Farhan Ali. NAB stated in the reference that Saad Rafique, in connivance with his wife Ghazala Saad Rafique, brother Salman Rafique, Qaiser Amin Butt and Nadeem Zia, started a housing project namely Air Avenue, which was an illegal housing society.