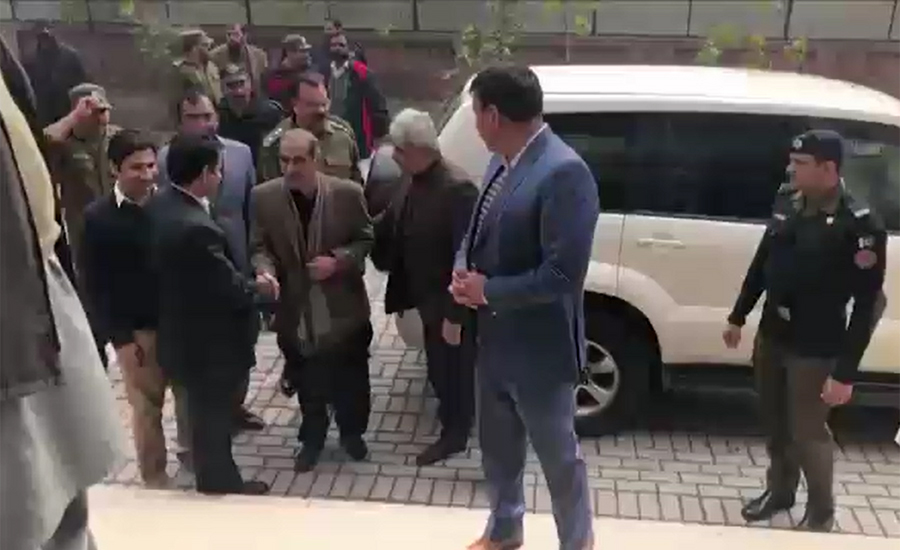 LAHORE (92 News) – Accountability Court Judge Najamul Hassan Bukhari extended the physical remand of PML-N leaders Khawaja Saad Rafique and Salman Rafique for 14 days in the Paragon Housing scandal. Both brothers will again be presented in court on January 19. Talking to the media after appearing before court on Saturday, Khawaja Saad Rafique said: “Leave out the NAB and the remand. A mini budget is coming which will be a storm of inflation. The government has failed.” He said that the economy is destroying due to incompetence of the rulers. Paragon scam: Court extends remand of Kh Saad, Salman Rafique for 15 days Khawaja Saad Rafique said that revenge is being exacted in the name of accountability which will not go for long. The NAB officials had sought the 15-day remand of both brothers. They said that over Rs two billion was transferred in Paragon City. Qaisar Butt declares Saad, Salman as real owners of Paragon Society “The amounts were transferred in the name of the sons of Khawaja Salman Rafique and Nadeem Zia. Paragon City transferred 20 plots in the name of Khawaja brothers,” they said. The Khawaja brothers’ counsel contended that the data of his clients is with the NAB and they are clear. Earlier, the Khawaja brothers were shifted to the accountability court amid tight security. A large number of PML-N workers were also present on the occasion.