Paralympian duo to compete in table tennis at Rio 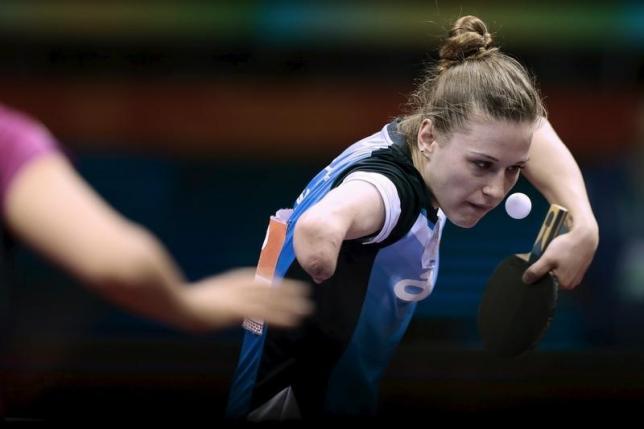 Paralympian duo to compete in table tennis at Rio

RIO DE JANEIRO - Paralympian table tennis players Natalia Partyka of Poland and Australia's Melissa Tapper will compete at the 2016 Rio Olympics, the International Table Tennis Federation (ITTF) said in a statement on Friday. Three-time Paralympics gold medallist Partyka, who represented her country at the 2008 Beijing Olympics and the 2012 London Games, will make her third Olympics appearance in the team event this year. "I am very proud and happy that I will compete at the Olympic Games for a third consecutive time. I hope that this shows all disabled athletes that impossible is nothing," Partyka said in the statement. Tapper, who becomes the second table tennis player to compete in the Olympics and Paralympics, will play both the singles and team events in Rio. "I think that it's awesome that the Paralympic athletes are breaking down barriers and getting to participate in the Olympics," she said. The Rio Olympics take place from Aug. 5-21 and the Paralympics are held from Sept. 7-18. "Both these players are inspirations to all para athletes as they show that disability is no barrier to success. We wish them the best of luck in Rio," ITTF president Thomas Weikert added. -Reuters