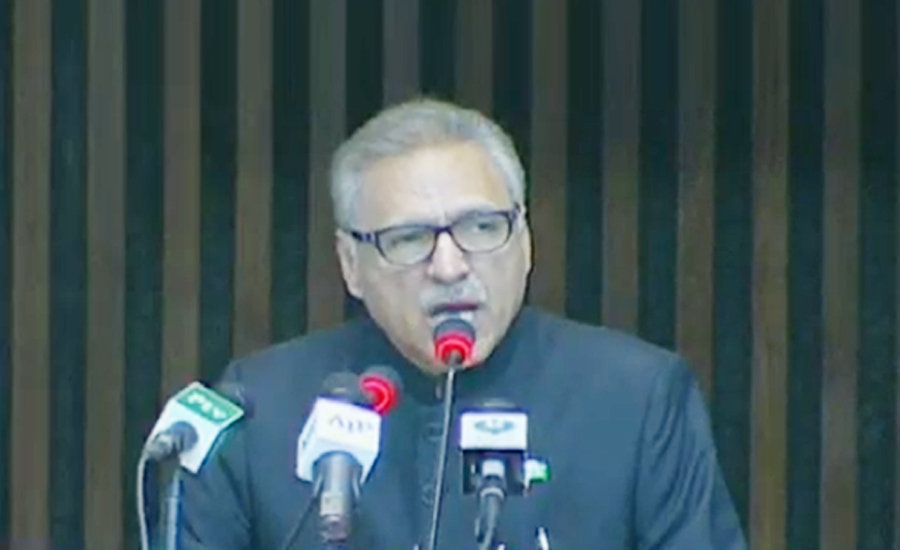 ISLAMABAD (92 News) – President Arif Alvi filed on Monday an application in an anti-terrorism court seeking acquittal in the PTV and Parliament attack case. Speaking to the journalists outside ATC, President Alvi’s lawyer Ali Bukhari said that he had filed the president’s acquittal plea. His lawyer contended that a politically motivated case was registered against him during the 2014 sit-in in Islamabad as no evidence has come on record to corroborate charges against him. The anti-terrorism court on Sep 27 granted President Arif Alvi constitutional immunity in the case. The president was given the immunity under Article-248 of the constitution. Earlier this month, President Arif Alvi had said that he didn’t intend to apply or immunity, ‘but will consult the lawyers’.