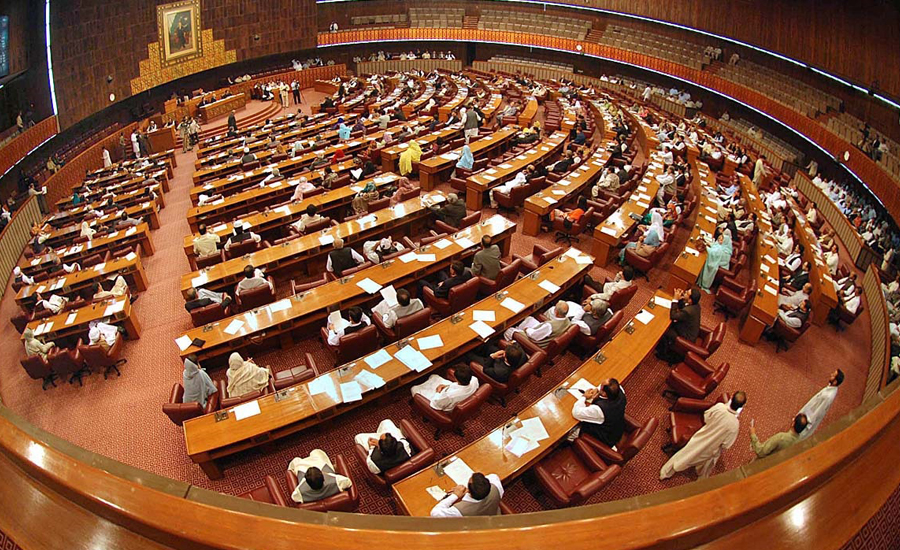 ISLAMABAD (92 News) – The parliament will meet on Tuesday to elect a new prime minister after the Supreme Court disqualified Nawaz Sharif following an investigation into corruption allegations against his family. The Pakistan Muslim League-Nawaz (PML-N), which enjoys a majority in parliament, has nominated ex-oil minister Shahid Khaqan Abbasi as interim prime minister. The top court ousted Sharif last week after an investigation into corruption allegations against him and his family, bringing his historic third term in power to an unceremonious end. Former petroleum minister and nominated interim prime minister Shahid Khaqan Abbasi had submitted his nomination papers. On the other hand, the opposition parties failed to agree on the name of joint opposition candidate for the election of prime minister. The meeting of opposition parties was held in the chamber of leader of the opposition in National Assembly Syed Khursheed Shah. Meanwhile, Khursheed Shah, Sheikh Rasheed, Jamaat-e-Islami’s (JI) Sahibzada Tariqullah and others have also submitted their nomination papers. In the meantime the ruling party named Sharif’s younger brother Shahbaz as his successor over the weekend, but he must first enter parliament by contesting the seat left vacant by Sharif. The younger Sharif – who is chief minister of the country’s most populous province of Punjab – has so far been unscathed by the corruption allegations engulfing his brother’s family. However he only holds only a provincial seat and therefore must be elected to the national assembly before becoming prime minister. On Saturday the Election Commission said fresh elections would be held in Nawaz Sharif’s former constituency, in the family’s power base in Punjab, in a process that could take up to 45 days. Abbasi is set to be rubber-stamped as placeholder in the parliamentary vote. The opposition could also field a candidate but has little chance of securing enough votes in the 342-seat house.