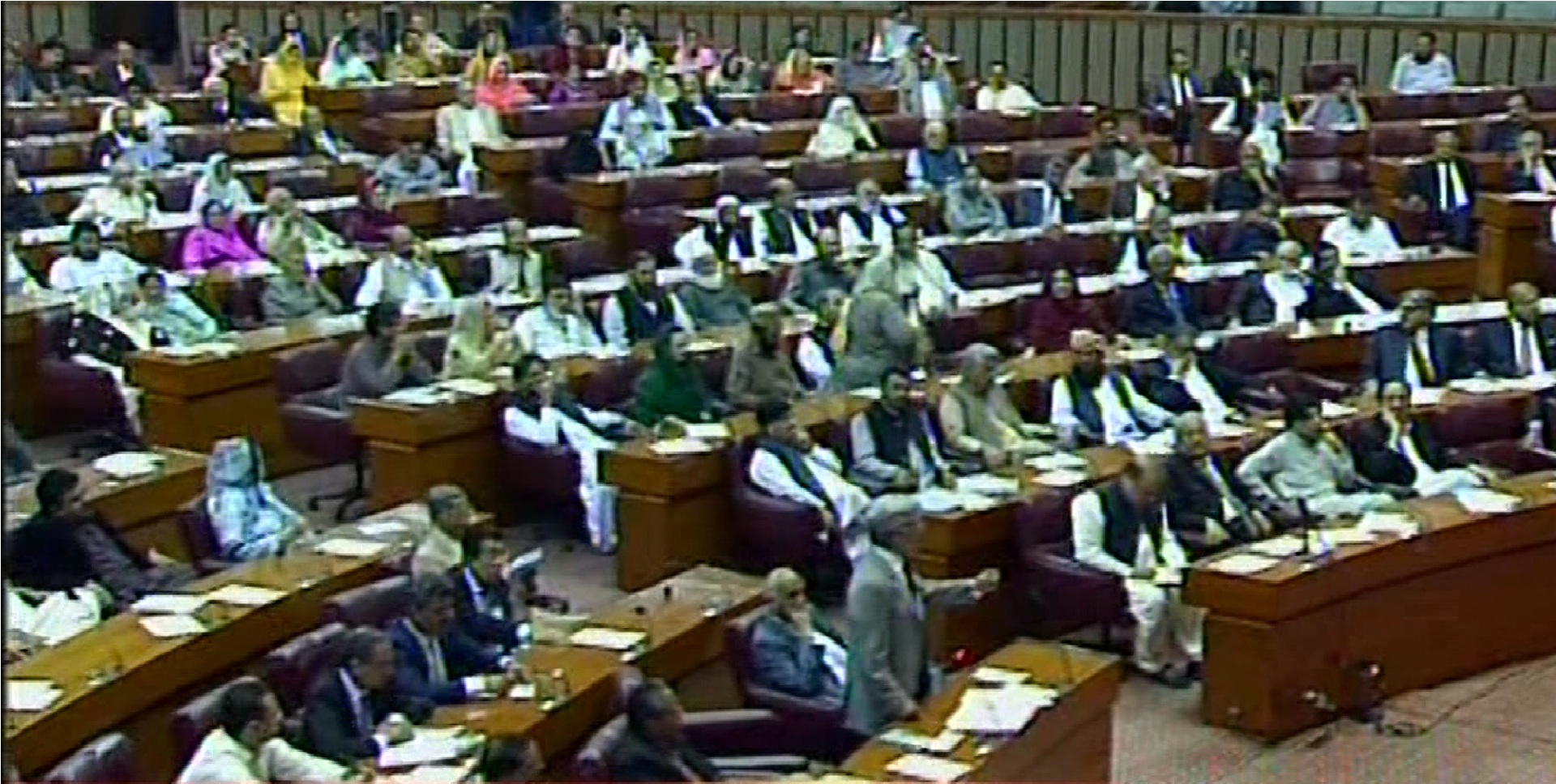 * Ruckus during joint session on PTI’s return to the Parliament * MQM, PML-F & JUI-F walkout in protest over PTI attendance ISLAMABAD (92 News) -  Opposition parties in the joint sitting of the two houses of Parliament on Monday demanded the government to clarify its position in response for Saudi request to Pakistan for cooperation and support in Yemen offensive. Parliamentarians of the Muttahida Qaumi Movement, Jamiat Ulema-e-Islam (F), Pakistan Muslim League (Functional) and the ruling party Pakistan Muslim League (N) chanted slogans against the Pakistan Tehreek-e-Insaf members when they entered the Parliament after a seven-month boycott. MQM and JUI-F led the protests against the PTI and walked out from the joint sitting calling it ‘unconstitutional’ in presence of ‘strangers’.

“There is something known as ethics and morals,” said Defence Minister Khawaja Asif while lashing out at PTI MNAs over their attendance.

PPP senator Aitzaz Ahsan cooled down the situation and said “The government, itself, invited PTI to the Parliament.” The joint sitting resumed at 5PM after Prime Minister Nawaz Sharif arrived for the session. Earlier in the day, the session was adjourned owing to the premier’s absence. Opposition parties voiced that Pakistan should not become a part of the ongoing Saudi-led offensive against Houthi rebels in Yemen.

Khawaja Asif told the Parliamentarians that Saudi Arabia asked Pakistan for military aircraft, warships and soldiers. Leader of the Opposition Khursheed Shah said, ”PTI members attending the session is a win for democracy. The session was adjourned till Tuesday.